The new gameplay reveal trailer for Injustice 2 had a clear focus in mind: showcase the new faces. NetherRealm Studios and Warner Bros unleashed the new video during the ESL Mortal Kombat finals this weekend. The trailer is just over a minute long and quickly covers many of the new additions to the roster.

Ed Boon was on hand as they rolled out the minute and a half trailer, which you can view below courtesy of IGN.

We see Supergirl unleashing a rapid-fire punch combo while linking it into an aerial grab-throw. Things switch over to show the newly added Gorilla Grodd taking on Aquaman. I can’t help but kindle shades of Winston from Overwatch seeing Grodd’s design in Injustice 2.

The Grolla superweight manages to throw and toss around the aquatic royalty with some smooth looking moves.

The trailer spends a good amount of time cutting quickly back and forth between clips, but a few of the moves are pretty awesome, including Supergirls walking heat-rays. That looked slick.

The game’s momentous stage transitions are still present. We see Supergirl getting blasted through a wall and hit by a truck, eventually rolling through a subway car. 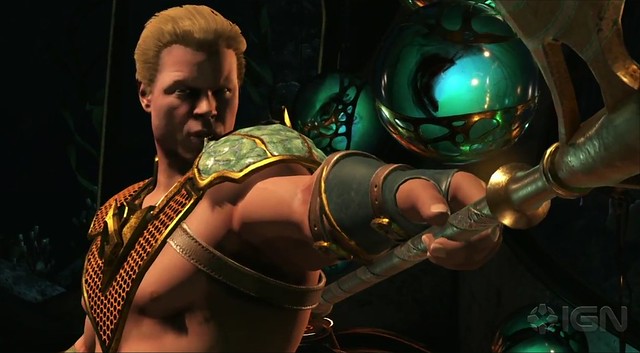 The theme of the trailer centers around the ability to customize and outfit each hero with new gear. We see Grodd getting decked out in several different armor variations, as well as a number of different variations for characters like Batman, who seems to come awfully close to nearly suiting up in similar gear to what the Arkham Knight wore in Batman: Arkham Knight. 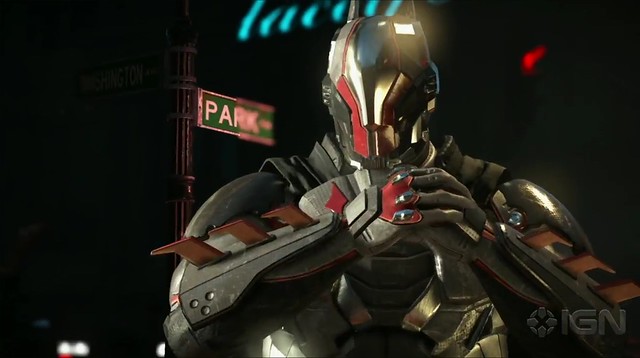 Fans are already clamoring for who they would like to see fill out the rest of the roster, including throwing down names like the Black Canary, Constantine and Static to name a few.

Hopefully we’ll get to see more of the gameplay features and the actual fighting come E3. It’s going to be a jam packed event and Injustice 2 appears to be just getting started.

The upcoming fighting game will be coming exclusively to the Xbox One and PS4. Sorry, no PC version this time around. For more info feel free to visit the official NetherRealm website.