An editorial about trolling that happens to troll an entire community… how is that for a meta conversation? That appeared to be Quentin Hardy’s goal in his recently published piece on the New York Times called “How Gaming Helped Launch The Attack of the Internet Trolls”.

It’s a click-bait, trolling hit-piece that completely tends to circumvent logic, facts and blatant truths in order to push the continued agenda of a specific sociopolitical sect that has been undermining and misrepresenting gamers for at least the past four years.

If there are comments available on the article they certainly aren’t easy to find, nor is it made convenient to correct the author with his blatantly intentional or disgustingly uneducated mistakes.

Hardy uses the space of the New York Times to literally print lies… the kind that are easily disputable with a two second Google search.

For instance, the theme of the article is that gaming somehow helped breed today’s internet troll culture. Hardy writes…

“Trolling can refer to a range of online troublemaking, including posting provocative comments and purposely marring others’ online experience, and it can include attacks on people as much as on software. The practice of ruining things for others, originally known as griefing in the online gaming world, has become a sadly abundant element of internet life.”

Hardy tries to center theme around the span of the last decade or so, referencing only specific people with specific agendas to push, as they collectively attack gaming. The article tries to confine the act of trolling (or the media’s perceived uprising of trolling) to gaming culture, but cites no research or previous reports to back up the assertion.

To their credit, Gizmodo – a subsidiary of Gawker – did an article about troll culture back on October 30th, 2014 and actually cited that this nefarious behavior came to a head during the era of the usenet services and BBS forums, also known as a bulletin board system. They were popular throughout the 1980s and early 1990s before chat rooms and dedicated public forums took over.

The Gizmodo article accurately cites that flame wars and trolling culture was something that prominently became well known within these online communities decades ago, long before gaming took shape through online community services like Mplayer, the Microsoft Gaming Zone or the Ten network during the late 1990s. 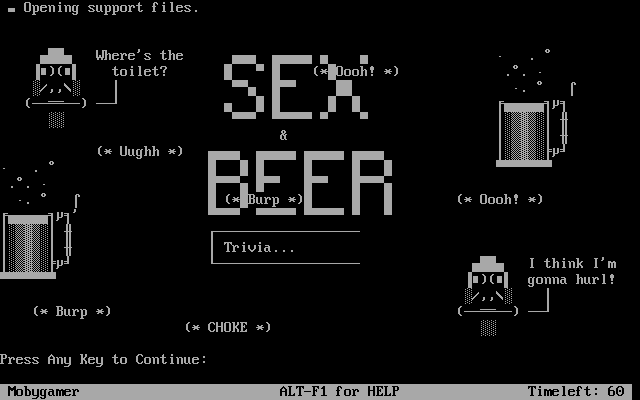 There’s even a blog from back in 2008 by Martin Belam that explains the rise of internet forum culture and flame wars that started on the usenet bulletins, it’s appropriately titled “All your flame wars are belong to us”, chronicling the rise of the BBS through the efforts of Ward Christensen and his peers from back in the late 1970s; an era where DOS ASCII text was how image macros were communicated.

There’s even an entry on Urban Dictionary dating back to 2004, explaining troll culture; the entry — one amongst many — has nothing to do with trolls originating or being propagated by the gaming community.

Somehow Hardy was unable to do basic research into the start of online communities and the trolls, memes, fanboys and flame wars that they spawned.

Hardy continues to publish libel against those in the gaming community, and specifically those who use the hashtag GamerGate, by writing…

“In 2015, a feminist critic of stereotypes in video games received online threats of rape and death. On Twitter, the hashtag #GamerGate became a way for participants in the trolling to cheer one another on.”

Anita Sarkeesian – the individual Hardy is referencing – did receive death threats and rape threats, but it was from an unknown, anonymous egg account on Twitter. Shortly after the threats were made (and conveniently screen-capped) the account was deleted.

None of the threats Sarkeesian has received were on account or in relation to #GamerGate. In fact, the opposite happened, with #GamerGate’s harassment patrol finding one of Sarkeesian’s death-threat senders and contacted her in an attempt to have her press charges against him, but she opted not to. Even Kotaku’s Jason Schreier had to begrudgingly cede credit to #GamerGate for tracking down Sarkesian’s harasser.

Hardy fails to mention this in his article.

Additionally, the hashtag has been unequivocally researched and studied by various groups, all of which contains data that does not show that it is a harassment campaign, the most notably being from the peer reviewed report from WAM!, as reported by TechRaptor.

That’s not to mention all of the instances of corruption that surfaced through the #GamerGate tag, including but not limited to executive editor from PC Gamer, Tyler Wilde, being involved with a Ubisoft employee while covering their games, without disclosure; the Game Journo Pros involved in multiple attempts to blacklist video game industry professionals. There’s also the continued instances of various game and media websites failing to make simple disclosures, which eventually saw a campaign put together by #GamerGate to get the FTC involved.

None of the media ethics failings made it into Hardy’s article.

Worst of all, one of Quentin Hardy’s peers, Harold Goldberg, wrote for the New York Times while being on the Game Journo Pros list, as reported by Breitbart. 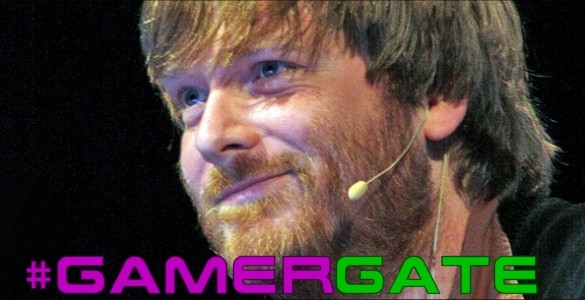 Hardy’s colleague was in a group that colluded on multiple occasions to shift the narrative about #GamerGate being about harassing women as a way to keep the general public from finding out about their secret mailing list or some of the illegal things that the Game Journo Pros group had been used for.

The GJP also tried to keep the public from investigating a string of corruption allegations associated with former Game Journo Pros member and former IGF chairman, Brandon Boyer. Some of Boyer’s exploits were covered in a series of videos by ShortFatOtaku.

The New York Times article tries to paint a picture of someone named Anil Dash as being a prominent “target” of #GamerGate, but a quick Google search only seems to show his name and #GamerGate being attached to personal blogs. Regardless, Hardy frames Dash as a victim of #GamerGate’s efforts, but if you look through Dash’s own Twitter feed where he apparently tried to create some drama involving a certain Mike Cernovich, the only thing he received was a lot of people not condoning doxxing.

@anildash @ruckawriter @PlayDangerously #GamerGate denounces harrassment doxxing, every day. You’ll have to level up if you wish to bait us

[Update:] It was also brought to my attention that Anil Dash supports doxxing, making the following tweets in defense of doxxing “the powerful”.

Doxx up, don’t doxx down.

The New York Times piece rounds out by advocating more censorship of online platforms, with the writer seemingly happy that no one could comment on his article and point out his blatant misinformation and falsehoods, writing…

“Besides Twitter, he said, YouTube comments and some parts of the user-generated news site Reddit could change the environment by using a combination of new algorithms and human editors. (Comments on articles in The New York Times are overseen by human editors.)”

Any time a writer praises censorship while not even doing the due diligence of basic fact checking — and attempting to libel the entire gaming industry — it only shows that they care about pushing political agendas through faux-journalism, and not actually using the platform to enlighten, inform or entertain. Worse yet is that the New York Times seems to be okay with their platform being associated with the spread of misinformation.

[Update:] It appears as if the New York Times has been egregious in also misreporting on information beyond the realm of gaming. Activists informed me about a blog containing information about the war in Yemen, which alleges that previous reports by the New York Times, BBC and CBC regarding bombings taking place in the region have been fabricated, and that the United Nations has ties to the media corruption. In fact, the U.N., media corruption was actually documented in a separate case that was  recently published by Inner City Press, which led to the outlet being evicted from the building and having limited access within the U.N.