Nvidia and Plex are making it easier to stream content and play games using the Nvidia SHIELD. The upcoming 3.2 update, set for release at the end of the month, opens up the ability for the SHIELD to utilize Plex media servers.

They explain in the press release that this update will make it possible for SHIELD users to utilize a home or office network through the Plex app, stating…

This is perfect for gamers who may have a bunch of apps stored on a server or media content stored on server hard drives, but you want to access that content quickly and conveniently through the SHIELD using Plex.

It’s kind of an all-in-one media center solution with unlimited storage possibilities (or at least, limited only to the capacity of the server). 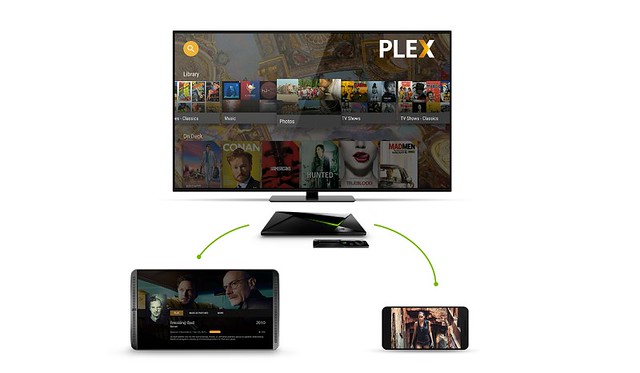 They also detailed in a blog post a while a back that apps supporting streaming television such as WatchESPN, STARZ, CNN, NPR News and ABC News.

They also mention that the SHIELD supports streaming ultra HD content with 4K support at up to 60 lightning frames per second.

The Nvidia SHIELD is available right now, but if you’re heavy into gaming it’s still probably best to stick with a PC or home console. If you lightly game but want a smart TV device for television streaming media content access, it’s not a bad way to go, especially if you have a bunch of games stored on a home server, which can be accessed using the Plex app via SHIELD once update 3.2 goes live.