Frontier Developments’ Elite: Dangerous has been in the sights of Thrustmaster for their upcoming T.16000M FCS HOTAS flight stick. The device has been designed specifically for high-end flight simulation and it captures a lot of different systems and mechanisms in order to make both realistic flight sims and space flight sims feel as authentic as possible.

The FCS HOTAS sports a hat stick, a pitch axis, primary and secondary fire buttons, a cycle fire button, Six buttons on each side of the base of the joystick, rudder controls, and a throttle gauge.

The package contains the T.16000M flight control system and flight stick, along with the Thrustmaster Weapon control system throttle pad. The device is compatible with Windows Vista, 7, 8 and 10, along with both 32-bit and 64-bit operating systems. You can easily and conveniently plug this bad boy in via USB port.

“Working with Frontier who are at the forefront of the Space Sim revival with Elite Dangerous, comes naturally for us, as Thrustmaster is a pioneer in the flight sim controller industry,”

“The T.16000M FCS HOTAS has been designed for advanced fliers looking for comprehensive, realistic controls as an alternative to using a mouse and keyboard.” 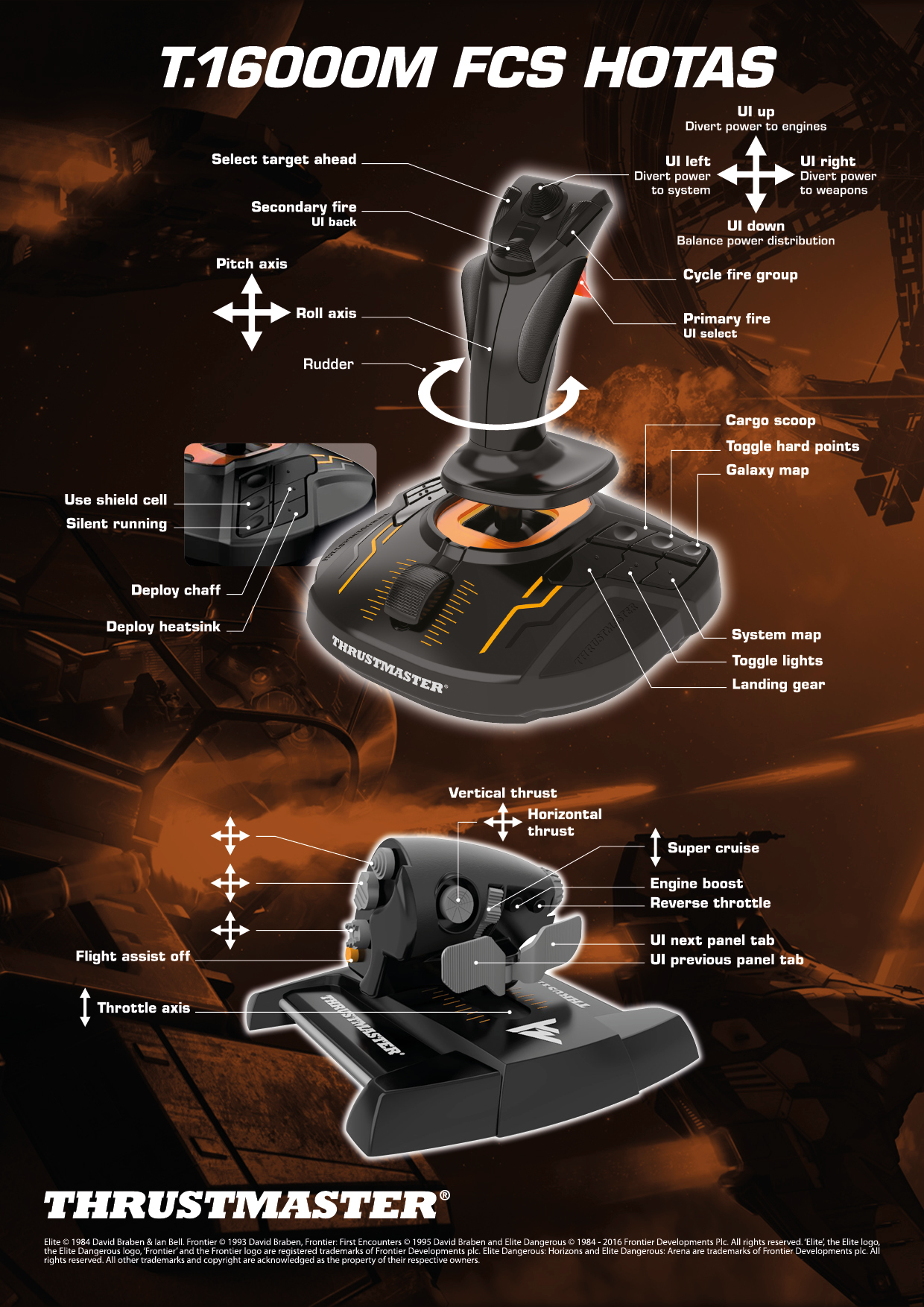 It’s a very advanced flight system and many hardcore fans of space simulators and flight simulators will likely want to get their hands on one. I’m not entirely sure if Elite: Dangerous was the right game to go with in regards to promoting the new joystick. Some gamers had some serious issues with the way Frontier has been handling development with Elite: Dangerous, but then again the only other alternative would be to partner with Cloud Imperium Games and Star Citizen but it’s still a long ways off from a truly stable and complete build.