SNK released another trailer to promote King of Fighters XIV ahead of its late August release next month on the PlayStation 4. The trailer also arrives just ahead of the festivities set to take place in Las Vegas, Nevada during this weekend’s EVO tournament series, the most exciting FGC event of the year.

Hey Poor Player spotted the trailer that was posted up over on YouTube, which clocks in at a minute and 40 seconds of pure South Town brawling. The trailer highlights Team South Town, which is composed of former Fatal Fury boss Geese Howard, his bodyguard Billy Kane and his butler, Hein. You can check out the trailer below.

Billy kicks things off, showcasing his typical bow staff attacks and special moves. Anyone who has been familiar with Billy for over the past 20 years already knows what he brings to the table. Not much has changed with Billy other than his clothes. His combo strings look a little smoother than usual but otherwise it’s still typical Billy Kane.

One of the characters that I absolutely could not wait to see was Hein. He’s one of the many new faces appearing in this year’s iteration of King of Fighters, and he fights exactly the way he looks.

He uses a lot of long, sleek, knifehand chops and slashes, along with crippling roundhouse and sidekicks. He has a long, lanky style that fits his aesthetic perfectly. 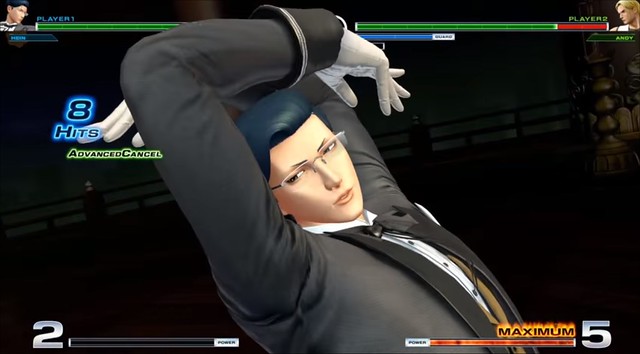 Geese rounds out the trio, featuring many of the same moves he’s had over the years since his last appearance in the King of Fighters. He’s not a flashy fighter but he’s very traditional.

The more exciting news is that there is a Nightmare Geese skin for Geese Howard. They preview the skin in action in a new trailer that you can check out below.

Unfortunately it is a pre-order DLC bonus for those who get the game off of the PlayStation Store.

They don’t mention if it’s included in the premium edition of the game, though.

You can look for King of Fighters XIV to launch exclusively on the PlayStation 4 on August 23rd. Let’s keep our fingers crossed that Atlus and SNK will release a version of the game on PC as well.