The sales of Rockstar Games’ Red Dead Redemption have skyrocketed on Amazon following the announcement that the game will be available for backwards compatibility on the Xbox One starting this Friday on July 8th.

IGN picked up the news from various sources where images of the Amazon UK movers and shakers sales page showcases the open-world westerner just killing it on the store page. You can check out a screen cap of the page below. 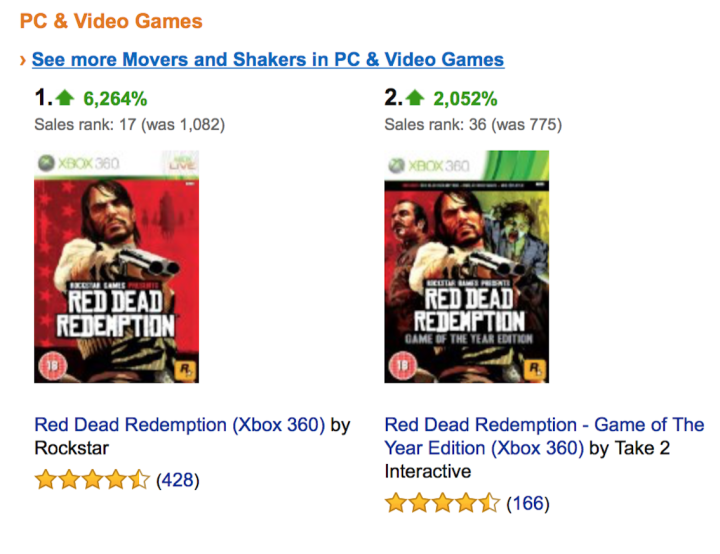 Expect the sales to continue to skyrocket as Friday draws near and the game actually becomes available not only to play on the Xbox One but also to digitally purchase from the game store.

Red Dead Redemption and all of its various incarnations that were released thereafter will be available to play on the Xbox One as well. This includes the standalone expansion, Red Dead Redemption: Undead Nightmare.

Earlier this year it was revealed through an incidental leak that the game would eventually become a part of the Xbox One’s backward compatibility mode, and this set gamers ablaze with excitement. The game was trending all over the weekend when the leak happened. Well, it was trending again after Rockstar officially made the announcement that gamers would be able to grab a copy of the title this weekend for the Xbox One. It appears as if those in the U.K., want a physical copy for their eighth gen console.

In America things aren’t quite as hot for Red Dead as it is in the U.K. The game is only up by 610% on Amazon’s movers and shakers list, which is impressive but no where near as impressive as 6,000%. 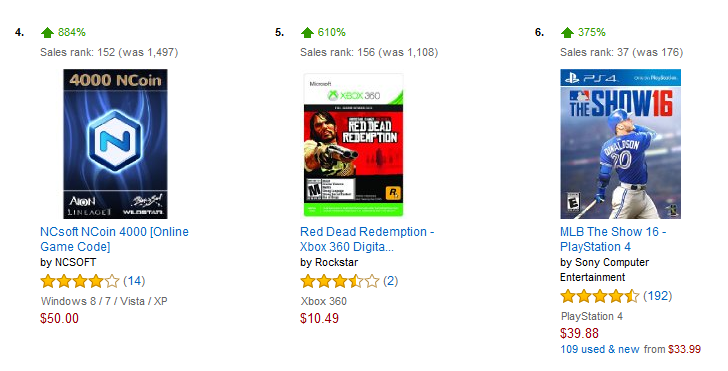