NKT Studio is working on a new visual novel, dungeon-crawling role-playing game starring a bunch of female warriors out to stop bad guys, level up their skills and get good loot. Players will join the battling beauties as they face off against plenty of monsters, mutants and creepy crawlers that go bump in the night.

Players will take control of one of four beautiful young girls who has recently died, they make a Faustian deal with the devil, only the devil wants the weight of the deal back in gold… otherwise you lose your soul. 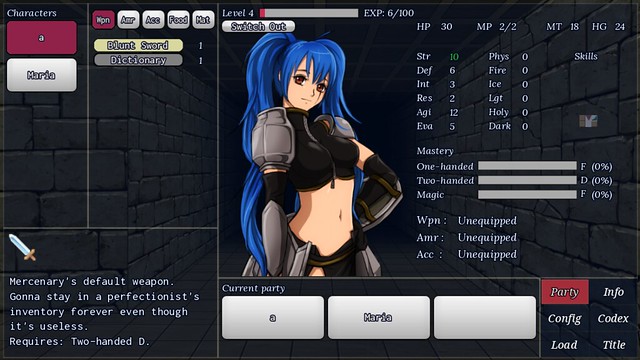 This prompts players to gather their party, gather some gear and hit the dungeons in search of epic loot and timeless boss fights in order to make enough cash to pay back the devil’s due.

The game keeps it all lighthearted, though. NKT Studio made it known that they’re going for classic JRPG dungeon-crawling, complete with turn-based battles. You can get a glimpse of the game in action with the alpha demo footage below.

Like most visual novels featuring an entire cast of female characters, there is the possibility of girl-on-girl romance, assuming that’s how you want to veer the story. Again, it’s possible but not enforced.

There will be three difficulty settings that are completely dependent on how strong your inner Asian is, and they plan on implementing cooking, fishing and crafting mini-games to keep the gameplay varied and unique throughout Serment: Contract With The Devil. 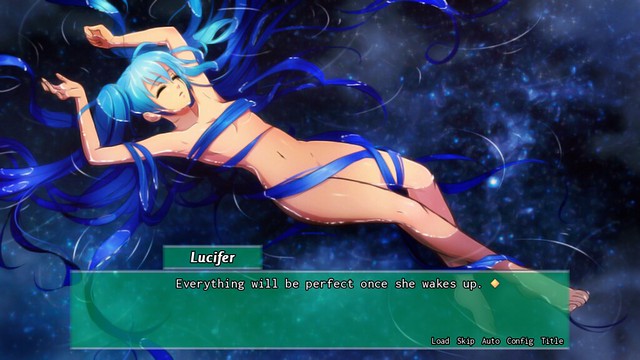 There won’t be any voice-acting sadly, due to costs. However, NKT plans on putting the game out there for around $10. They’re gunning for an April, 2017 release window.

With the promise of Final Fantasy VII-style turn-based battles, lots of looting and grinding, a debt system where you can either pay for new gear and upgrade your character stats or set money aside to pay the devil’s due, I think Serment: Contract With The Devil has potential to become a niche hit.

If you feel as if this game deserves to have a spot on the Steam store, be sure to upvote and favorite the title over on the Steam Greenlight page. If you want to contribute to the financial cause, there’s an IndieGoGo page where they’re looking to raise $7,000 to help finish off development of the game.