Underbite Games updated their official website for Super Dungeon Tactics recently by spotlighting four of the many heroes that you can recruit to your guild in the turn-based, 3D dungeon crawling game. If you’re into SRPGs then this is probably a game you might want to keep your eye on.

The guild training and parties range anywhere between three members up to eight. You can break up your parties and send them on individual missions or tasks or keep them together to deal with whatever mob problem you’re facing.

Characters have their own equipment and skills and can be leveled up throughout the journey, some of these character classes include Ember Mage, who carries around a staff and dagger. She relies on magic to crowd-control enemies with light elemental attacks or heavy hitting fireballs.

The Hearthsworn Fighter is exactly what he sounds like, with a heavy axe and crossbow at his disposal, along with heavy armor so he can absorb more than just a glancing blow. He’s an up-close and personal fighter so he’s good if you need to take out foes blocking a path while your ranged members keep at a distance and pepper away with long-range attacks. 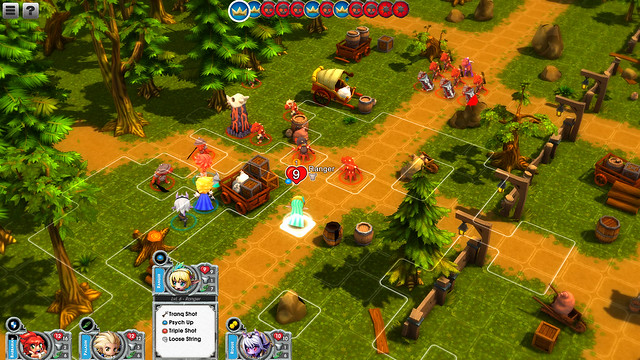 Speaking of long-range attacks… the Glimmerdusk Ranger carries a crossbow and a main bow. She has medium tier armor and relies on her flurry of ranged attacks to take down foes. She also has healing abilities to help buff nearby teammates who need a bit of an HP boost.

Super Dungeon Tactics will center around being a turn-based, RNG-lite dungeon-crawler that’s all about combat and loot.

I haven’t heard much about this game but it was given the thumbs up by Valve after successfully being Greenlit for Steam. You can check out the Steam store page for more info on the game, or look for it to launch this fall for PC.