Frozenbyte Studios have been quite busy this year, with the recent release of Shadwen on PC and PS4 and now the announcement of Nine Parchments, they’re finding ways stay in the spotlight.

The new game is a four-player cooperative, shoot-and-blast RPG where players take on the roles of four wannabe wizards attempting to get their hands on the nine sacred parchments without having to finish wizard school. Mayhem, hilarity and plenty of magical mishaps happen along the way. You can check out the first announcement trailer for Nine Parchments, releasing just ahead of the game’s appearance at this year’s GamesCom in Cologne, Germany.

This reminds me of a throwback to classics like Gauntlet, where players will team up together to take on the world while being seemingly overwhelmed by baddies in the process.

The game has a medieval-fantasy feel to it, very much like Frozenbytes’ other popular adventure puzzle game, Trine.

I didn’t spot any platform puzzles in this game, though. All of it appears to be based around building up your wizards and battling against foes in order to unlock new spells, upgrade your magic attacks and learn new ways to disperse of enemies.

There’s the almost trademark palette of vibrancy that Frozenbyte oftentimes bring to the table with their games that shows up in Nine Parchments, with the oranges, yellows, reds and greens popping out of the screen like seeds from sunflowers. 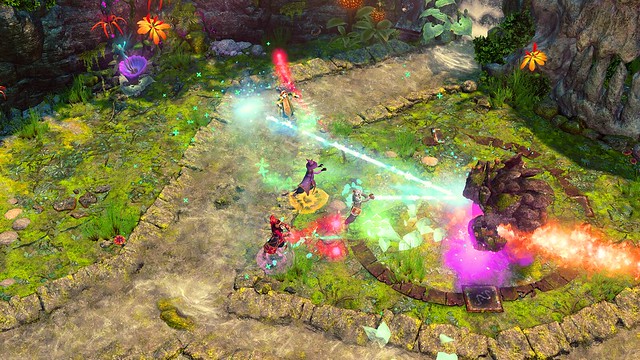 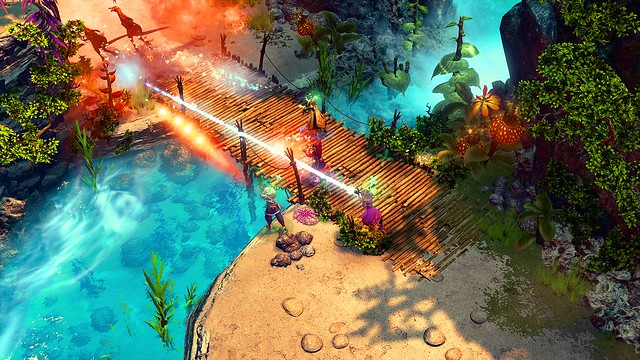 Hopefully this game turns out to be a lot more complete than Frozenbytes’ third outing for Trine. The company ran into some financial issues and some technical hurdles trying to experiment with something new while also attempting to finish off the story for the game, and things didn’t quite turn out the way that they had hoped.

In the case of Nine Parchments, they have all the way up until 2017 to complete the game, so hopefully it all works out well. You can look for the game to launch for the Xbox One, PS4 and PC. For more info you can hit up the official website or look for it to appear at this year’s GamesCom in Germany.