Hello Games have teamed up with 65daysofstatic along with Laced Records to allow fans of No Man’s Sky soundtrack to get their hands on the LP for $35. Additionally, digital versions of the soundtrack are available from iTunes, Spotify and the Apple Music streaming service.

They recently announced that just about all major digital music retailers offer the soundtrack, and select outlets will allow you to get your hands on the physical discs and LPs. The soundtrack consists of 16 tracks spread across four LPs, which will ship out in late September.

They don’t say exactly if the CD pack will ship out in late September along with the LPs, but there will be two discs available containing 10 tracks. 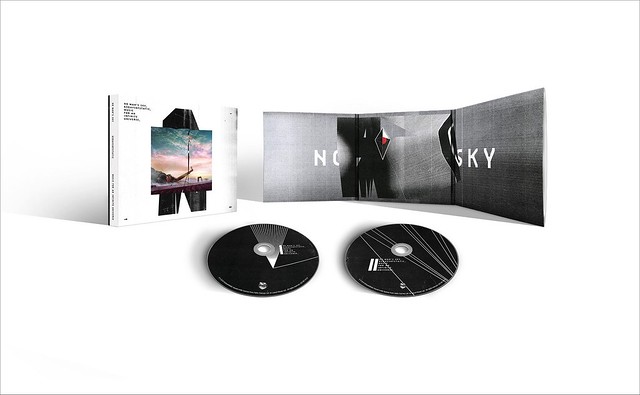 You’ll be able to get the standard digital OST for $11.99. The digital download and double CD pack is available for $17.99, the twin LPs can be acquired on vinyl for $35 and there’s a special digital vinyl deluxe box set for $60.

From the little I’ve heard of the No Man’s Sky soundtrack I can definitely say I was thoroughly impressed. The chill-step, psychedelic ambiance is accentuated by a mellow electronic vibe that really resonates with the deep space themes and zen-like atmosphere of No Man’s Sky.

65daysofstatic’s soundtrack for the game reminds me a lot of Solar Field’s original score for the first Mirror’s Edge. There’s this sticking point where the music and the game seems to meld and really gel as if the synergy helps elevate the overall experience.

Now you won’t have to wait long to hear the music in the actual game while controlling the action on-screen at the press of a button under your fingertips because No Man’s Sky launches on August 9th for the PlayStation 4 this upcoming Tuesday, and a few days later for PC on August 12th.

You can get your hands on the various soundtracks for the game from over on the official Laced Records website, or you can check out an alternate package available from Iam8bit.com.