Ever since #GamerGate happened it spawned a completely different landscape for keeping journalists and media organizations honest. The hashtag has individuals working hard to identify and notify standards organizations and federal institutions whenever media outlets breach regulation and commit unlawful acts. Well, recently a concerned reader notified us about GameSpot’s lack of disclosure regarding Amazon affiliate links.

The site is part of Amazon’s advertiser affiliate program. Their Amazon tag is: tag=gamespot-vg-20

They use the affiliate links on the game pages for the titles they cover, from Rare Replay to Just Cause 2. There are examples that you can see below. 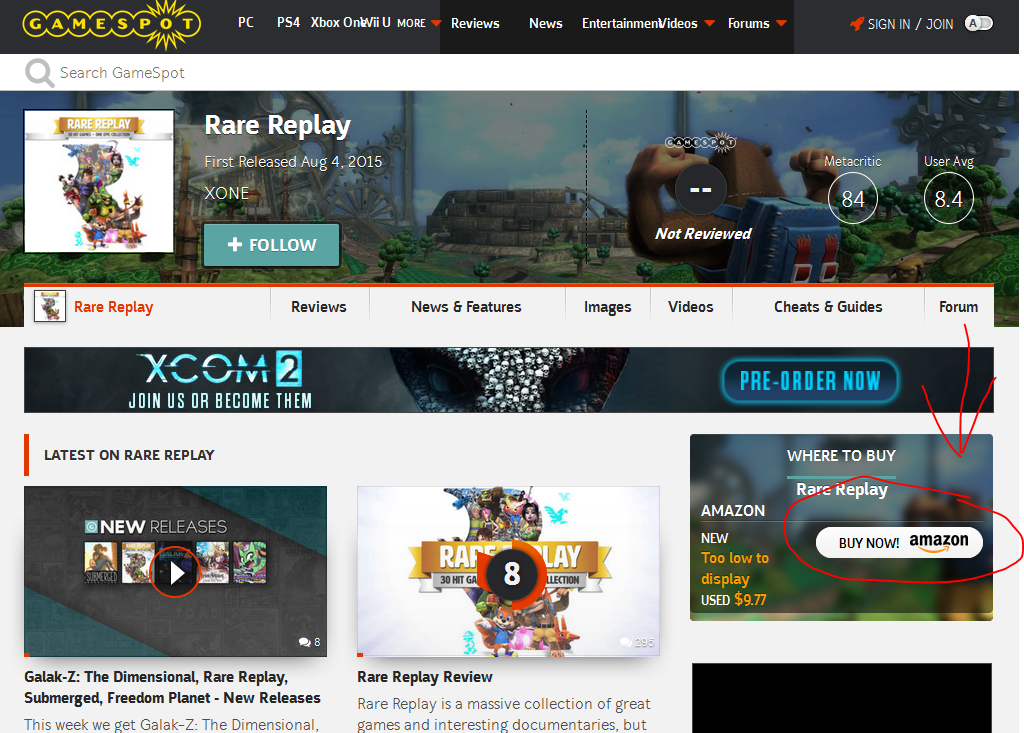 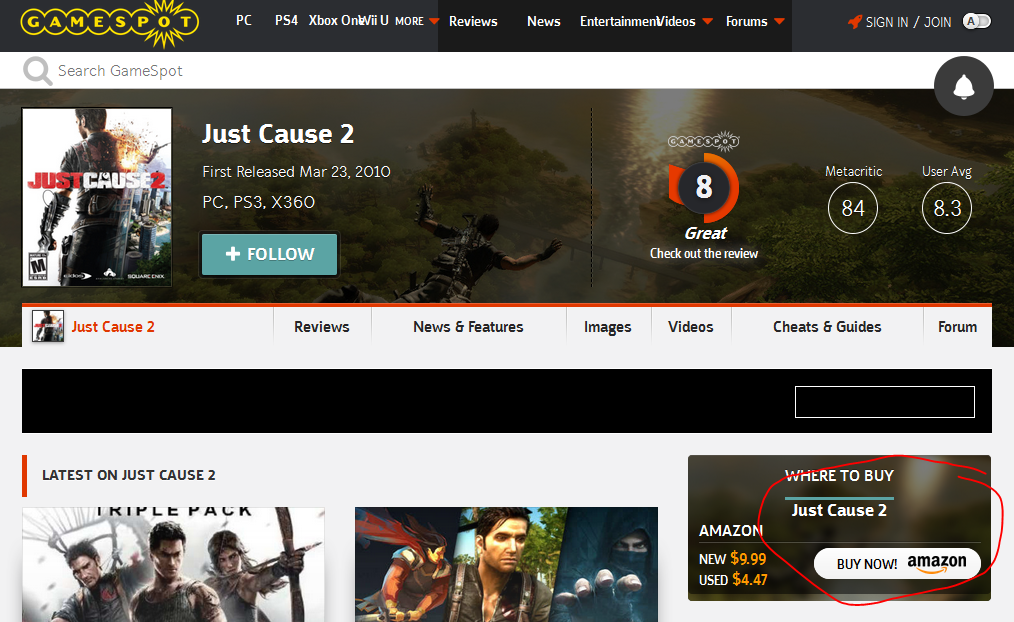 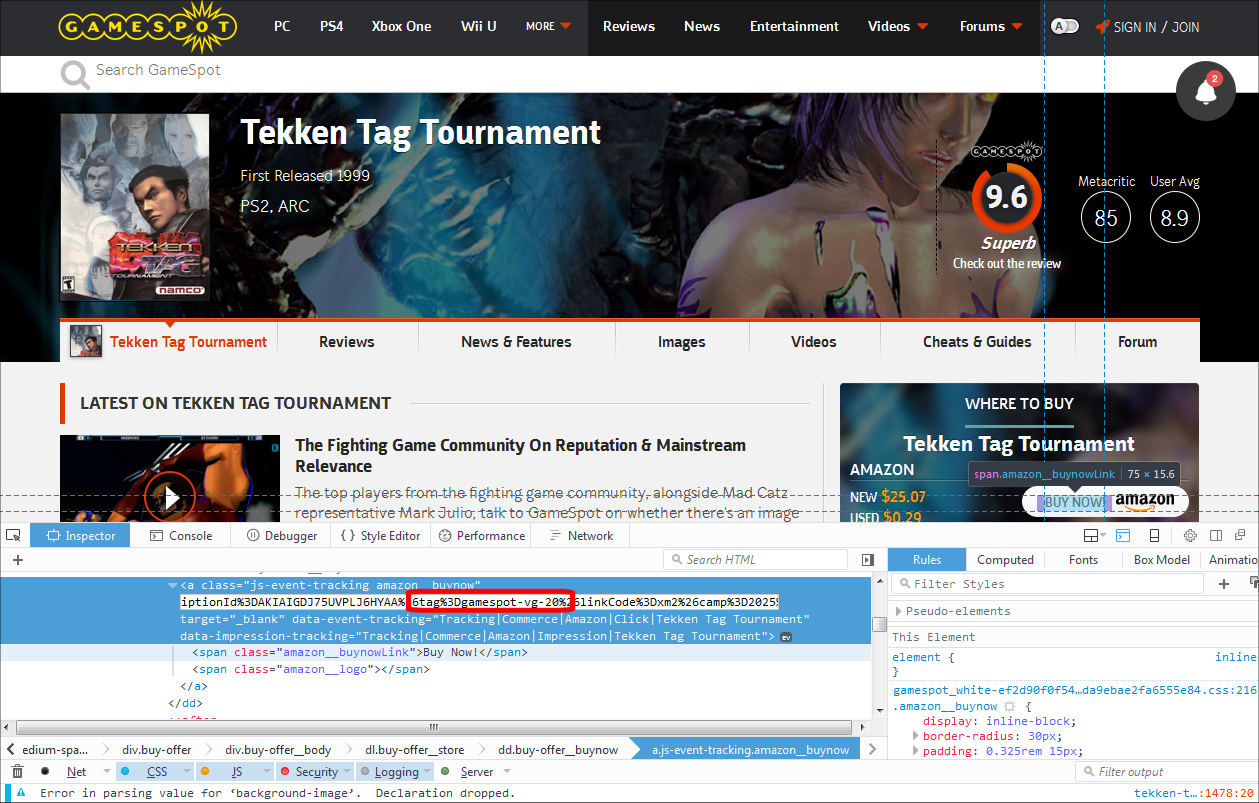 If you attempt to search the site for the Gamespot tag you won’t be brought to any instant articles with the tag because the way the widget is setup it’s tucked into JavaScript and doesn’t appear in the actual page source, so attempting to find the tag is a little difficult and requires manually combing through each page link to see where the affiliate tag appears.

According to a post from back in 2013, however, Gamespot has been using the Amazon affiliate tags for several years.

The affiliate links are used on the game page hubs but not in actual articles such as previews, promotional videos or reviews.

This may not seem like such a bad thing since the affiliate links aren’t explicitly on the pages containing the reviews, but they don’t even go through the basic courtesy of following Amazon’s advertiser affiliate terms of service requisite for disclosing that they’re part of the program.

According to the Amazon affiliate program operating agreement page…

“You must, however, clearly state the following on your site or any other location where Amazon may authorize your display of Content: “[Insert your name] is a participant in the Amazon Services LLC Associates Program, an affiliate advertising program designed to provide a means for sites to earn advertising fees by advertising and linking to [insert the applicable site name (amazon.com)].”

There is no ethics or advertising policy on GameSpot’s website. This is odd given that after GameSpot was at the center of the Gerstmann firing — which involved reviewer Jeff Gerstmann ging a game a mediocre review score while the publisher was advertising the game on the Gamespot website and he was fired for the review score [via Forbes] — it would seem like they would want to avoid any kind of controversy involving advertising and affiliate programs.

I attempted to reach out to GameSpot about the lack of disclosure regarding being part of the Amazon affiliate program but at the time of publishing this article they have not responded.