Hangar 13 Studios’ Mafia III is definitely making the rounds across PC, PS4 and Xbox One. The game is being talked about quite a bit in most circles, and despite lacking a lot of features from Mafia II, it still seems to be quite popular. Well, some gamers are wondering what’s going on with the game’s endings? The endings are explained here for those of you who may have missed what was happening.

Lincoln Clay gets back from the Vietnam war and gets asked to help out his surrogate father Sammy take care of some business and pay back the local mobster that runs New Bordeaux, Sal Marcano. Clay agrees to help Sammy by doing a mission for Marcano. However, Marcano offers Clay the opportunity to betray Sammy and take over the Hollow district but Lincoln declines.

Lincoln Clay goes on the mission with Giorgi to rob the federal reserve and give Marcano his cut. Accompanying Lincoln are his friends Ellis and Danny. After successfully robbing the bank, however, Sal Marcano and his son Giorgi betray Sammy, Ellis, Danny and Lincoln, shooting and stabbing them and then setting their place on fire and burning it to the ground.

A local priest, Father James, who was friends with Sammy and Lincoln happened to be in the area and went into the burning building to rescue Lincoln, who had been shot in the head but did not die. 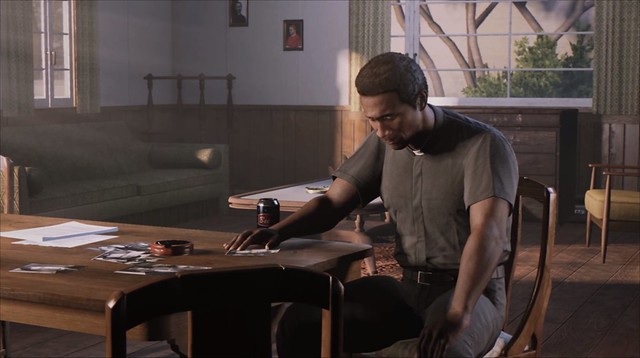 After nursing him back to health with the help of an old friend from Vietnam named Donovan, Lincoln decides to plot his revenge against Giorgi and Sal Marcano. Donovan works for the CIA and gathers intel while Lincoln does all the dirty work, killing Marcano’s men and deconstructing his rackets.

Lincoln manages to recruit an old nemesis of Sammy’s who was also a nemesis of Marcano… the Haitian gangster, Cassandra. She helps Lincoln take over Marcano’s prostitution and drug rings. Lincoln also recruits Vito from Mafia II, working with him to take down other lieutenants working for Marcano. Danny’s father, Burke, also joins Lincoln as a way to get revenge for his son being killed by Marcano.

Eventually Lincoln makes his way to the Paradiso casino to kill Marcano and his son Giorgi after Donovan taps their phones and discovers their hiding place. Lincoln goes to the casino and kills Giorgi, he also has the choice of killing Marcano, which results in Lincoln stabbing him in the chest and kicking him out of the window to his death. Alternatively Marcano shoots and kills himself. 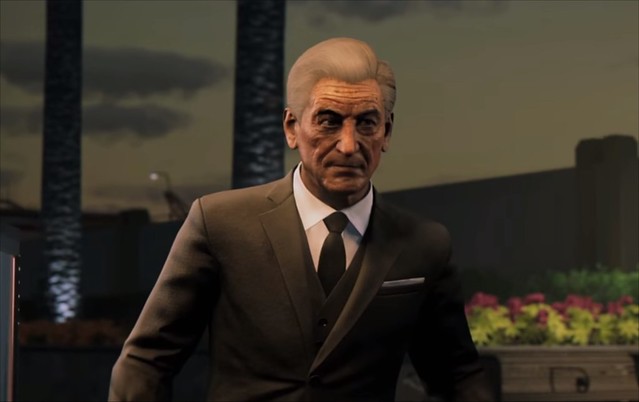 Leo Galante from the previous Mafia games comes to Lincoln to let him know that the Commission wants him dead, but so long as he keeps his head low and delivers a 20% commission to the mafia Commission, they’ll leave him alone.

Lincoln returns to Father James, who admonishes him for wanting to take over Sal Marcano’s business, giving him the option to leave the city and save his soul or stay and become another blight on the city.

If Lincoln chooses to leave New Bordeaux then he stays on good terms with Father James, moving to California and finding a woman before moving around from time to time. Lincoln never finds peace in his life, however, and Father James feels an unwavering guilt for Lincoln’s burdened walk through life.

Vito Scaletta takes over when Lincoln leaves, building up the Bordeaux to become the “Las Vegas” of the south, finally achieving the riches and material wealth that he sought but never quite achieved during Mafia II.

Donovan, however, continues the work that Lincoln ended at the Bordeaux. During a Congressional hearing regarding the massacre of the New Bordeaux mob, Donovan reveals that one of the Senators was on Sal Marcano’s payroll and that his work was just beginning, killing the Senator during the hearing before walking out.

In the alternate ending, if Lincoln decides to stay he heads back to his under-bosses and he has the choice of either killing them and taking over all of the south alone, or working with the under-bosses by letting them live, as showcased in the ending that Super Milkbox uploaded.

With Lincoln in control, Father James feels more resentful toward Lincoln, expressing that he felt as if Lincoln should have died with Sammy when Sal and Giorgi betrayed them as it would have brought some sort of a peace had he died.