Nexon and WeMade Entertainment announced that a new expansion pack is due for release on December 15th for the free-to-play MMORPG powered by the CryEngine, Riders of Icarus.

The first big change for the new update for Riders of Icarus is the level cap extension to 50, as well as introducing new zones to traverse such as the desert. They included nine new mounts too, including the Longhorn Bajarn, Matura, Panos, Poyo, Shakiba, Trinoceros, Tolus, Vegarus and Voknos. 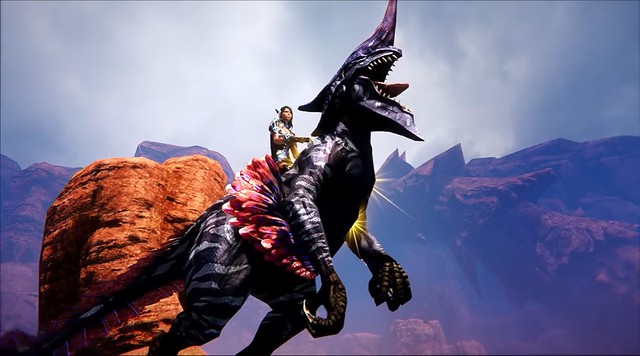 In addition to the new mounts, WeMade also introduced a new character class… the Ranger. The Ranger has the ability to utilize both close range and distanced attacks, including making use of two different combat styles thanks to the Vambrace. Players can either specialize in the close quarters combat skills using the Vambrace or the longer range skills using the bow.

You can see what the combat mechanics are like and how some of the skills play out for the Ranger with the new trailer that Nexon released, below.

Props to Nexon’s marketers because they’ve always done a bang-up job promoting Riders of Icarus and finding the just the right mix of gameplay and cinematic camera shots to make the game pop real nice.

The new desert location in the Cloying Wastes is no basic desert – it’s not just sand and emptiness and little else. There are massive structures and dangers lurking around cliff edges and uneven dunes. There are also challenges to overcome in two new dungeons to explore, the Temple of Sands and the Fortress of Sorrows. 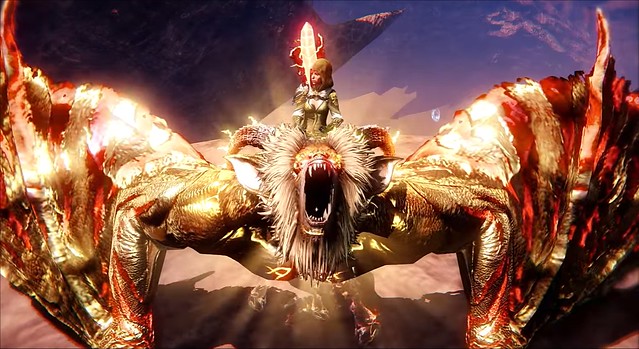 With the Pokemon-style capture system and Nexon’s continued support in seeing Riders of Icarus grow and expand, this is probably an MMO worth hopping into if you’re looking for something that’s very different from everything else out there.

You can download the game for free or learn more about it by paying a kind visit to the official website.