Universal Studios let loose the official trailer for the 2017 reboot of The Mummy. The new version stars Tom Cruise in the lead role this time around and it’s set in the modern day era.

Tom Cruise – despite being Fraser’s elder – takes over the lead role since he still looks relatively young and could pass for a 30-something adventurer. The trailer explains absolutely nothing other than that a team of soldiers, a pretty young woman, and Tom Cruise have recovered a sarcophagus with the Mummy inside. From there, things go south.

Some sort of crows/birds/flying things break through the cockpit and conveniently kill the pilots while Cruise and the pretty lady attempt to grab parachutes and make an escape. Except, only the lady manages to survive due to Cruise’s unparalleled heroism. Even though we all know in real life he would likely either latch onto her for dear life and pull the chute, or take it for himself.

Anyway, Cruise dies and inexplicably comes back to life just so he can meet the villainous Russell Crowe while also running away from the supernatural abilities of the evil Mummy lady.

The trailer already has a few fans disappointed that Brendan Fraser isn’t returning to the fold, with most of the top comments lamenting the former hero’s lack of appearance.

The comments go on and on and on about Brendan Fraser no longer starring in the series. It’s a weird kind of commitment that some people have for the actor.

Sadly Fraser is now old and has lost the ruggedly handsome charms and boyish good looks that a lot of fans fell in love with back with the original 1999 remake of The Mummy. In fact, just compare Fraser from back then to Fraser now. 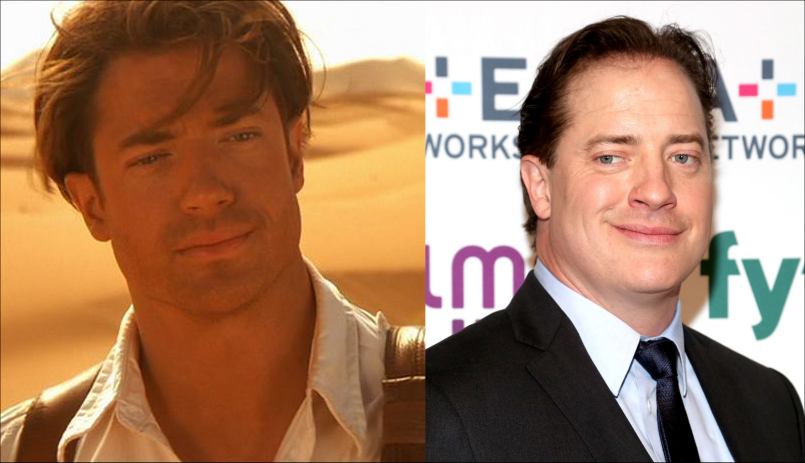 It almost looks like a completely different person. There’s no way he could be in the new film looking like that.

Although, no credit to Cruis’e new flick… nothing about the recent trailer looked particularly original or exciting. It comes across as extremely derivative, like a cross between The DaVinci Code and Mission Impossible with a dash of a Roland Emmerich disaster flick tossed in.

This wasn’t a very good first impression for the 2017 reboot of The Mummy but we’ll see if they can recover the film with a better trailer leading up to its summer, 2017 release.