Bandai Namco shuffled out a new trailer for the Road to Boruto DLC, set to release on Steam, PS4 and Xbox One on February 3rd next month. The new trailer highlights the bonus story content that players will be able to dive into once the DLC becomes available for Naruto Shippuden: Ultimate Ninja Storm 4.

The trailer is pretty darn lengthy to be a DLC promo piece. It clocks in at just under four minutes and starts with a look at Naruto following his epic battle with Sasuke, where the two of them lost their arms in the battle. Naruto has his bandaged wooden arm in the trailer, wearing the cloak and sporting a short crop hairstyle. You can check it out below.

The DLC trailer reveals that the new era of ninjas will be the focal point of the DLC. Old and aging Naruto takes a backseat while the young blood hop into the picture.

This sometimes has a tendency of backfiring, like what happened with Gears of War 4, where JD Fenix and his after-school special super-friends resonated poorly with the original Gears of War crowd.

The DLC promises to be a father and son tale, not unlike Gears of War 4. They also seem to hint at some fate befalling Naruto, which may or may not go down well with the fans of the series. Boruto Uzumaki takes the lead role in the DLC, sporting similar Jutsu as his father, Naruto, but with a few extra attacks as well. 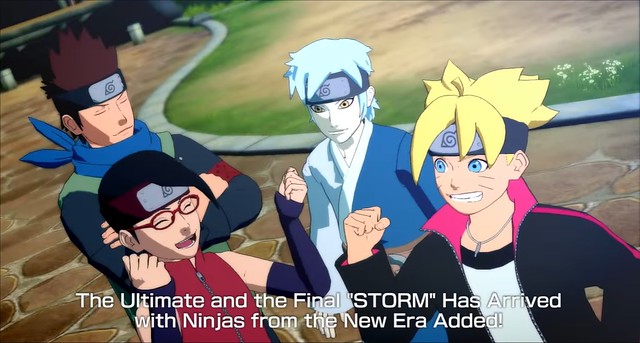 Sarada Uchiha, Sasuke’s daughter, features a similar fighting style to her father, but with a variety of distinctive abilities that separate her from her somber and serious father as well.

Both Sasuke and Naruto also appear in the DLC as playable characters, each missing an arm and having their abilities altered (and somewhat limited) due to being lame.

The DLC’s story follows the entire movie narrative from Boruto: Naruto The Movie. So you get to experience all the early goings of Boruto and his friends as he lives in the shadow of his legendary father, hoping to prove that he can also become a great ninja. This picks up after the full story mode featured in Naruto Shippuden: Ultimate Ninja Storm 4, where Naruto and Sasuke duke it out until the bitter end, losing their arms in the process. 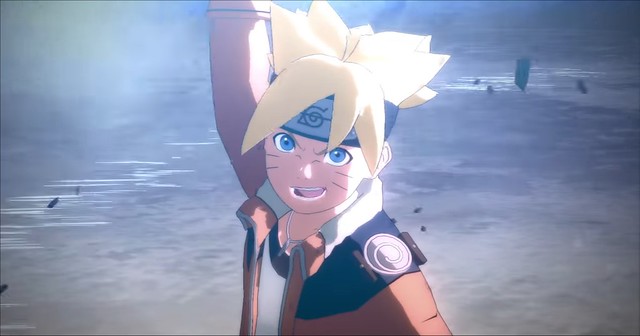 There are some complaints about the voices and whatnot as well as a few people anguished over the Naruto franchise being milked (news flash for them, it’s been milked a long time ago), but it sounds like the DLC will be jam packed with content. And in today’s era where $15 DLC will usually net you two maps and a few new weapons in most games, an entirely new story with all new playable characters, enhanced online modes and new locations, bosses and moves to unlock seems like it could be well worth the price.

Anyway, you can look for Road to Boruto to launch on February 3rd next month for PS4, PC and Xbox One for $19.99.