Death Note has been adapted numerous times, especially in Japan, so it’s no surprise that Americans would want to get in on the creative craze by doing a derivative version of their own. However, the hackneyed attempt to retell a story that’s been retold multiple times over, was met with more skepticism and apprehension than excitement. The 54 second teaser trailer below, courtesy of Movieclips,  spawned plenty of criticisms, questions, and eagerness for answers from fans who were left on edge.

The trailer is definitely stylish.

There are only a few scenes that really give us a good look at what’s going on, but one thing we find out is that ‘L’, the brilliant, esoteric and eccentric detective brought on to hunt down the main character, Light, is being played by Lakeith Stanfield.

Willem Dafoe was wisely cast to play as the demon Ryuk, and Margaret Qualley will likely be the love interest.

However, there is a Japanese actor who does make an appearance in the Death Note film… Heroes alum Masi Oka. Another Japanese actor who joins Oka is Paul Nakauchi, most recently known for voicing Hanzo in Overwatch. Nakauchi will be taking on the role of Watari.

It’s hard to get a grasp on what Death Note will be like under Netflix’s banner. The streaming service has had a hit and miss selection of movies and shows that they’ve greenlit, but at least they’re experimenting, so props for that.

One of the biggest complaints from female commenters and fans about the upcoming Death Note adaptation is that the kid playing Light, Nat Wolff, wasn’t “hot” enough. 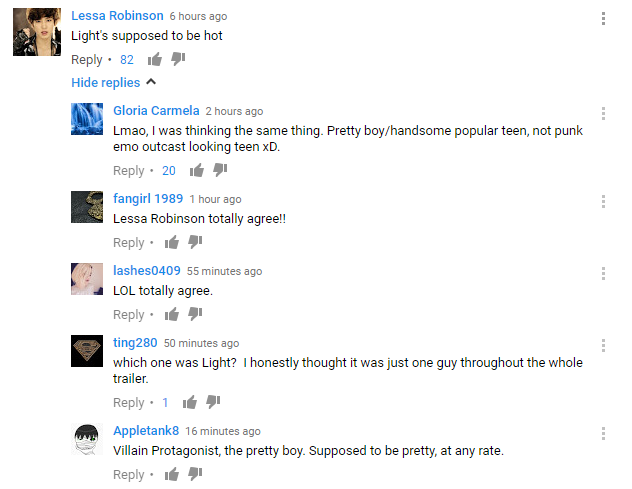 According to the female commenters, he looks like an “emo” kid and not a “hot” school kid. So I wonder if the agenda-driven media will get angry at the female fans for wanting the main male character to be hotter or will they call them “misandrists”?