There’s a really fine balance you have to maintain when it comes to putting a trailer out for a movie. If it’s an action or superhero flick, you have to balance the story with the action. If it’s a team-up movie or ensemble flick, you have to balance the trailer so that the cast gets some spotlight and the plot is made coherent. In the case of Justice League, Warner Bros., decided to go with an action-heavy trailer featuring the different cast mates, each getting a bit of screen time.

The trailer was hyped up all throughout the past week, and now it’s finally arrived. Warner Bros., used character teasers for each of the Justice League members leading up to the full trailer unveil. The teasers did their job, and a lot of movie goers and comic book fans were stoked to see what the full trailer looked like. Well, now you can check it out, courtesy of JoBlo Movie Trailers.

The action is provided in copious amounts, with plenty of shooting, flashing, kicking, throwing, hitting and even some water wave attacks making their way into the picture.

We see Cyborg shooting and blasting things, we see the Flash moving fast, we see Wonder Woman beating people up, and we see Aquaman throwing the trident and using water to douse enemies.

Of course… when it comes to enemies… there’s a bit of an issue.

We don’t really understand what’s going on and why they’re teaming up other than to fight a force that’s already there. This supposedly relates to the inter-dimensional demon brought to their Earth at the end of Batman v Superman: Dawn of Justice. 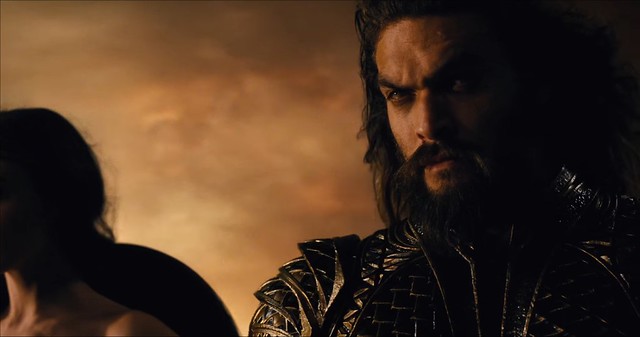 But what’s really going on? Are the demons killing people? Are they illegally immigrating and committing terrorist acts? What’s happening?

Now I know it seems like an oxymoron to say that trailers reveal too much of the story and then complain when not enough story is revealed, but in this case the trailer is basically just showcase for the heroes beating people/things up and looking cool. Hopefully if they decide to do a proper second trailer we’ll get something a little more coherent so we know exactly why they need to team up and the importance of working together to fight the parallel dimensional demons.

You can look for Justice League to land in theaters this upcoming November.