The single-player portion of Mass Effect: Andromeda will feature the ability to shape and mold the Play-Doh faces of the Ryder twins so that players can make the heroes of the galaxy look like whatever they want. However, when it comes time to taking your character online, there will be no facial customization present in the multiplayer portion of the game.

As reported by DualShockers, the multiplayer will instead allow you to choose your face from a number of male or female characters from a variety of races, including humans, Asari, Salarians, and Krogans. Although, obviously, Asari will have no male option… but I’m sure given BioWare’s new direction in character depiction there will be plenty of manly-looking Asari to choose from.

Essentially, if the preset character faces they have end up looking like mashed potatoes then you won’t have much of a choice in who you play. There won’t be any options to alter the head mush sitting atop your avatar’s neck in the multiplayer portion of Mass Effect: Andromeda. You’ll just have to slap a helmet on their head and hope for the best.

Images revealed by producer Fernando Melo showcase that you can modify the character’s armor livery and their patterns, as indicated in the screenshot below. 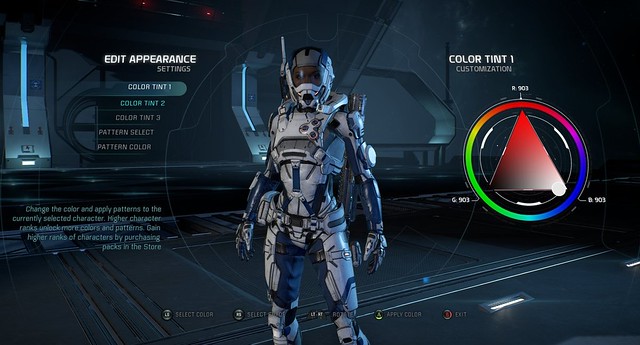 As the image reveals, the higher in level you become the more customization options you can unlock when it comes to colors and patterns.

“Change the color and apply patterns to the currently selected character. Higher character ranks unlock more colors and patterns. Gain higher ranks of characters by purchasing packs in the store.”

Weird how they don’t hide that you can basically pay to win, but it’s all PvE anyway so I don’t think it’ll matter all that much.

Another image reveals the character classes you can choose from, ranging from different races, genders and class types. 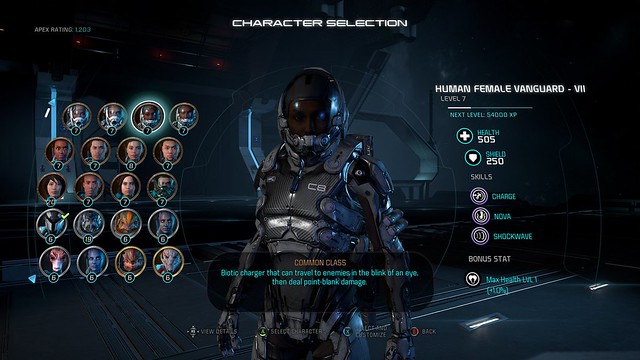 You’ll be able to upgrade characters either by playing and getting good or by paying for your progress through the cash shop.

The game is set to release on March 21st at the end of the month. However, some gamers are a little turned off by Mass Effect: Andromeda‘s racist game designer who made it very clear he doesn’t like certain members of his own audience.