Ninja Theory announced that Hellblade: Senua’s Sacrifice will make its way to GOG.com “soon”. The game will be available on PC along with launching on PS4 at some point this year, but it appears as if gamers who want a DRM-free version of the game on GOG.com will be able to do so when the game launches.

There’s a post over on GOG.com where they announce that a DRM-free version of the game will arrive on the platform for PC gamers.

In addition to making the announcement they also released a new teaser trailer for the game, which you can check out below.

The trailer is similar to the one they’ve showcased many times in the past, where Senua is standing at the tree of woe, saddened, sullen, and distraught. We get a small taste of the voices that haunt her mind, and a hint of the trauma that beckons her sanity into the chaos of psychosis.

Flames, smoke, and an atmosphere reminiscent of a nightmare engulf the short sequence, giving gamers a small taste of what they can expect from the narrative-driven game.

A lot of gamers have expressed reservations about Hellblade due to a strong focus from the developer diaries being on the story and character development rather than the gameplay. 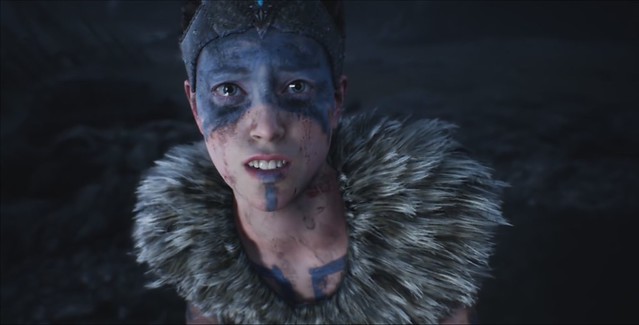 Based on what little they’ve showcased of the actual game, it appears it will be closer to the likes of an interactive movie rather than a full-fledged hack-and-slash action-adventure experience. With Hellblade the maxim “Temper thy expectations” comes to mind.

Then again, maybe they’ll surprise us all and it’ll be a gameplay-heavy experience?

Based on what they’ve showcased it doesn’t seem like it will rely very much on gameplay and combat, though.

However, breakthrough tech for what could essentially end up being a glorified walking simulator isn’t going to win over the hardcore gaming audience.

We’ll see what Ninja Theory has in store when Hellblade: Senua’s Sacrifice launches “soon” on PC and PS4.