One of the complaints that was drowned out during the early trial release of Mass Effect: Andromeda was that some people weren’t able to make pale whites, pale Asians, pale Hispanics, or pale mulatto people. It might seem petty, but in just about every game released in the past with a character creator, gamers were able to make pale characters, especially pale whites. Well, that option wasn’t present in Mass Effect: Andromeda save for one head each for males and female characters, and you were pretty limited with the range of character creation options for those heads.

Well, a modder released a patch to make it where you can legitimately make the characters as pale as Scott and Sara Ryder, or Cora Harper.

The 25KB mod isn’t a texture patch or a skin modifying tool, all it does is unlocks the skin tone slider feature that was already in Mass Effect: Andromeda, which in turn enables users to make pale-skinned characters.

Modder BecauseBotFed released the mod with a lot of help from another modder named Wavebend. You can download the mod from over on the NexusMods download page. 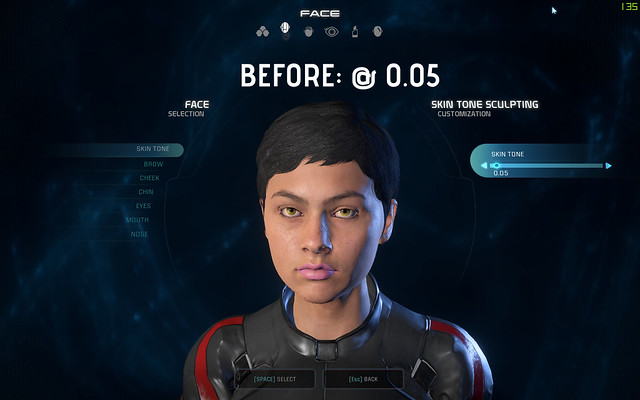 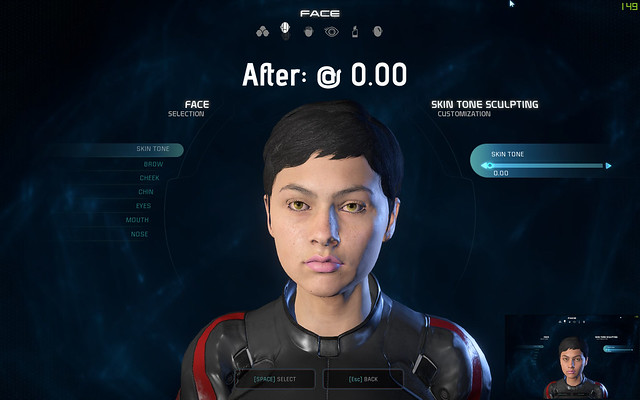 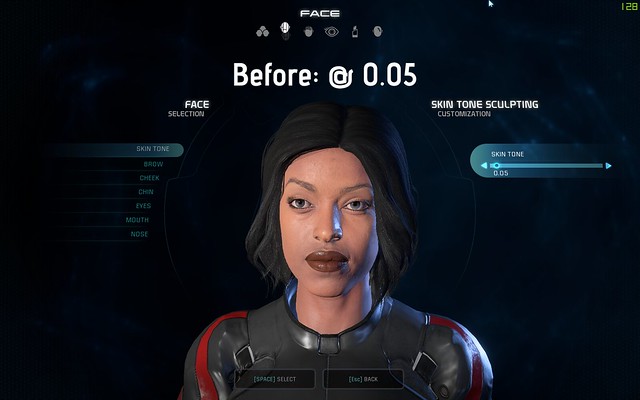 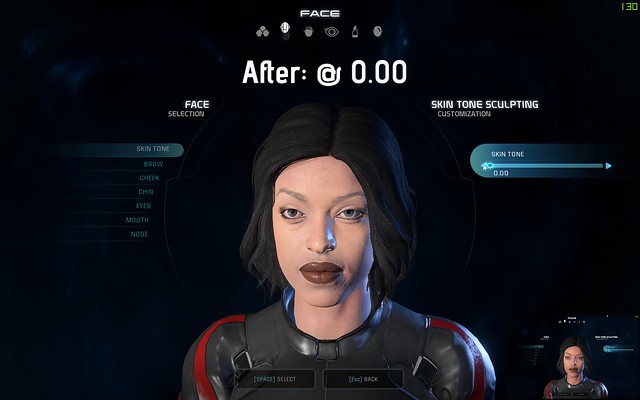 As you can see the default black, Asian and Hispanic skin tones were forcibly limited in how light they could be. They also made up for the majority of the default head options in Mass Effect: Andromeda.

What was the reason for this? Well, Mass Effect: Andromeda lead developer Ian S. Frazier lied and said that due to the scanning process they used they weren’t able to able gamers to make pale characters and that they would have to patch in pale skin at a later date.

@Sapphire_lily There are some limits to the tone range based on the texture of the actual scanned head. We’re looking into fixing via patch.

We still haven’t received any word from BioWare on when the character customization will be patched, and when people will be able to make pale skinned characters on the Xbox One and PS4 version of the game.

Many people placed the blame on a culture fostered at BioWare that instigated racism against whites, something that became quite apparent when the former gameplay designer on Mass Effect: Andromeda, Manveer Heir, made publicly racist tweets against whites and said that the studio heads at BioWare supported him in his views. People then noticed that in the actual game it was extremely difficult to make white characters in the game, fitting in line with the perceived racism coming out of BioWare’s studio culture.

Manveer Heir left studio earlier this year, and is no longer working for BioWare.

Ian S. Frazier has a lot to answer for given that he claimed that this was something that needed to be patched in and that there were limits based on the tone range, even though clearly gamers should have at least had the option to mess around with given that it’s their character that they’re creating.

It will be interesting to see how BioWare responds to this news.

If you need help installing the mod on the PC version of Mass Effect: Andromeda, you will need to download the ME: Andromeda mod explorer and follow the video tutorial below in order to install the mod.

(Thanks for the news tip Tainted Squirrel)