The video interview can be viewed below, after it was recently posted up over on the PlayStation Blog.

While talking about Horizon: Zero Dawn, Hulst asks Druckmann about his involvement with The Lost Legacy, and Druckmann states…

“No, I’m not [directing]. Uncharted: The Lost Legacy – I worked a little bit with that team to setup the outline for the narrative, for the story. And then I kind of walked away and let them own it.

“It’s pretty cool because similar to Uncharted 3 – I wasn’t really involved with that game – I get to play a Naughty Dog almost with fresh eyes. That’s pretty awesome.”

“[…] I really try to stay away. I do a little bit of mentoring with the people involved in that project, so I meet with them and help with production and pipeline but I’m trying to hold off as long as possible to play the actual sequences.”

It’s an interesting turn of events given that Neil Druckmann and Bruce Strayley were the faces of Naughty Dog during The Last of Us and Uncharted 4. Here, Druckmann is acknowledging that he’s stepped back from the directing and writing duties and is now basically just mentoring people in helping with roadblocks during the production phase of the game, but not actually helping with the development itself.

I definitely wonder how much of this will change the outcome of the game given that two other directors have taken over the lead position?

According to a feature on Game Informer, Kurt Margenau and Shaun Escayg are the two creative leads on Uncharted: The Lost Legacy. So we’ll likely see a completely different tone, pace and depiction of the characters compared to Uncharted 4.

To be honest, I actually preferred Uncharted 3 far more than Uncharted 4. So if Uncharted: The Lost Legacy comes close to the former over the latter, I’ll be happy about that. And since Druckmann admitted that he wasn’t involved much with Uncharted 3’s development, just like he isn’t involved much with The Lost Legacy, maybe there’s hope this upcoming game will actually be fun entertaining, as opposed to being a boring, drama-filled trudge-fest.

Another interesting thing brought up in the video is that Aloy was made up of three people, the parkour artist,. Ashley Burch and Dutch actress Hannah Hoekstra. This was revealed originally a month ago, as reported by Push Square, where they compared the in-game model to Hoekstra, and you can see the results below. 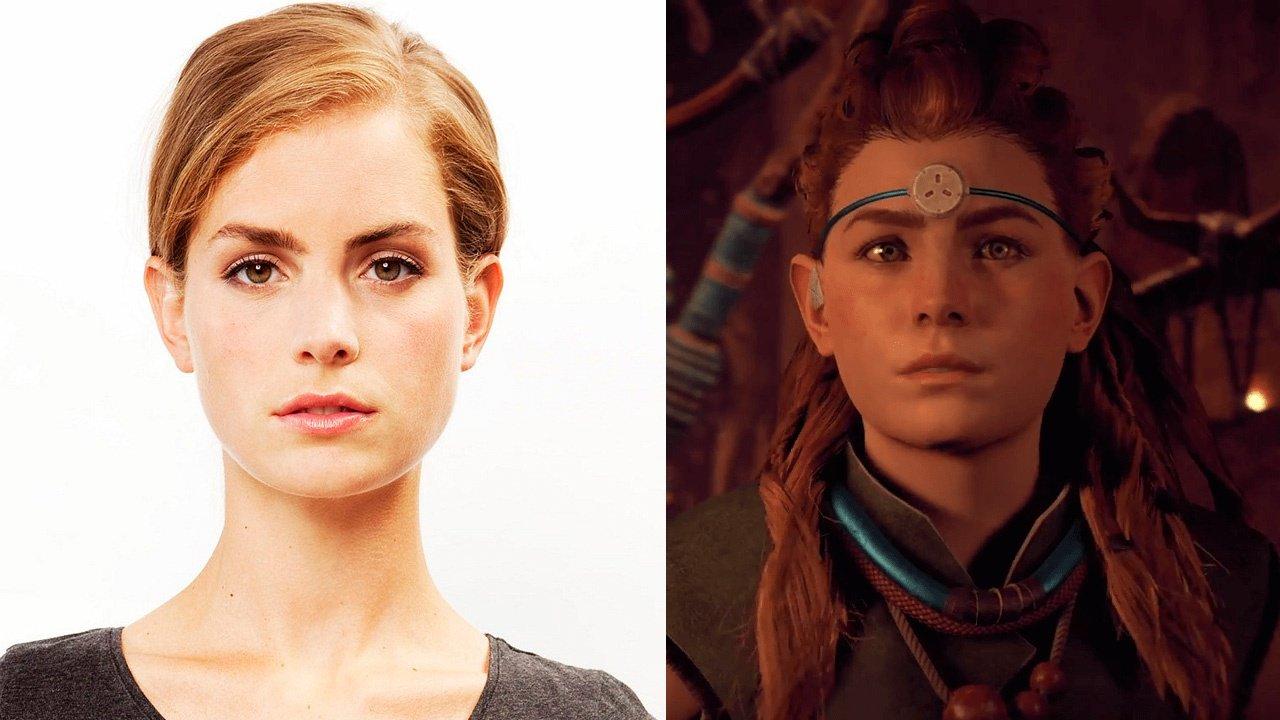 It’s amazing to me how manly they made Aloy look in-game. They widened her jaw, pushed her eyes in closer to the bridge of her nose, shrunk her forehead, thickened her eyebrows, lengthened her chin, thickened her neck, extended her ears, protruded her cheeks and widened her head.

It’s just another instance of Western developers taking real life women and then trying to de-beautify them because obviously video game characters shouldn’t be as pretty as real life women. What an asinine way to devalue someone’s real-life beauty.