Slightly Mad Studios released a new trailer and some details on one of the new modes that will be featured in the upcoming Project CARS 2, due out this fall for the Xbox One, PS4 and PC. The mode is the Rallycross mode, and it will see gamers having to contend with both rough terrain and terrifying turns.

The trailer clocks in at a minute and a half and is currently available over on the Bandai Namco YouTube channel. You can check out the trailer below.

The trailer is a loud, thumping, fast-paced ride through both closed circuits and checkpoint races.

We see the tricked out rally version of the Honda Civic, the Volkswagen Polo RX, and even the Ford Focus RS RX.

One of the hidden highlights of the trailer is that during the spotlight focus on each of the rally cars, when they slow the camera down and freeze the frame, you can literally see the tire and wheel physics in action. Improved shock reactions, tire pressure, axle shifts and body motion are all clearly visible during the trailer, something that racing sim fans might appreciate.

We also get to see some new and improved rally cars on the track, such as the Mini Countryman RX, and adored fan-favorites like the classic Ford Escort RS 1600.

The trailer also doesn’t shy away from the more fantastical elements of Project CARS 2, such as the full grid rally races, where multiple rally cars are duking and battling it out on the track, bumping and grinding fenders and fiberglass as if it were a Mad Max film. 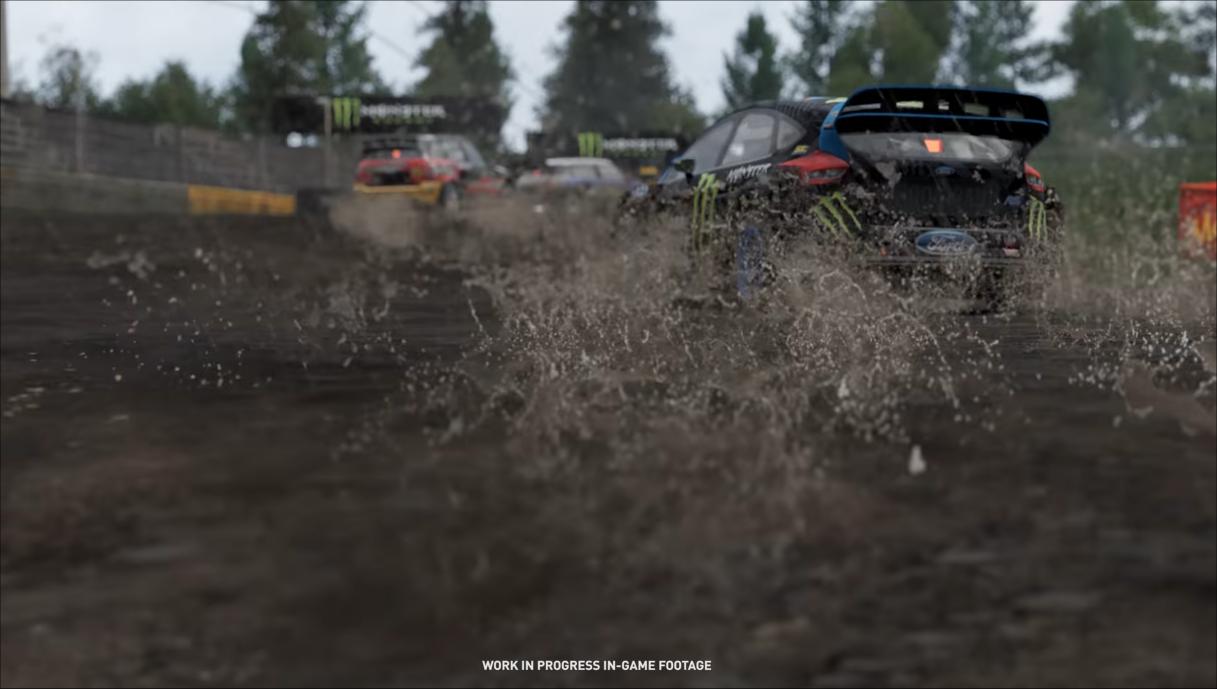 Now… it’s time to talk about the bad news.

Project CARS 2’s water and rain effects still look like they come from the PS3 and Xbox 360 era of graphics simulation. The alpha sprite effects for the water splash instead of volumetric simulations is a bit on the cringe side of things, and the dirt kick-up isn’t quite on par with the DiRT series but it’s close.

There’s still plenty of time between now and release to work on these features, but I get the feelingProject CARS 2

For more info on the game you can visit the official website.