One Legged Seagull recently announced that Super Indie Karts is being updated with a four-player split-screen option for the GP mode. This means you and three other friends can join in and play the retro-inspired racing game during the grand prix stages.

The news comes courtesy of the developer making a post about the update on Twitter. You can check it out below.

#SuperIndieKarts will be throwing more players into #Splitscreen GP in the coming weeks. Initial tests are awesome! #ScreenshotSaturday pic.twitter.com/NzL1l2mhhw

A screenshot of the split-screen update was also shared via social media, giving gamers an idea of what more than two players on the screen looks like in action. 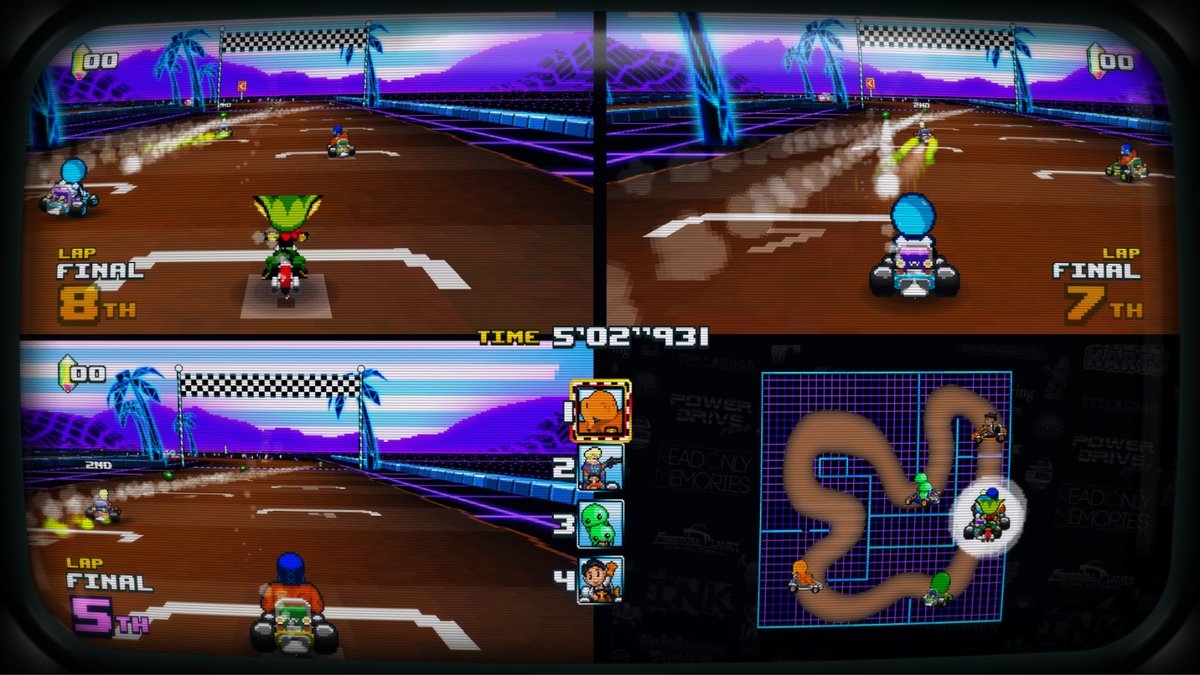 This news arrives a month after the last major update for Super Indie Karts that made split-screen optional in the GP mode for up two players. The update included options for both horizontal and vertical screens.

The last update went live near the end of March. This newest update will be available in the coming weeks.

Last time the update also fixed some nagging issues in the game, such as 3D walls being too dark in the mirror-mode, as well as the change arrows sometimes appearing incorrect and the infinite lives glitch being available during the split-screen GP race mode.

Some other additions included enhanced controller vibrations for rumble effects during events, along with a check in case a player switches controllers mid-race to avoid the rumble effect from lasting forever.

I picked up a copy of the game during its early phases of Early Access and I’ve had a ton of fun seeing a lot of progress being made over the years. There’s still no final release date set in stone for Super Indie Karts but the developer is gunning for a final release at some point in 2017. Hopefully this game also manages to get a release on the Nintendo Switch, because I can easily imagine this title selling gangbusters on Nintendo’s new console.