Giant Sparrow’s experimental new narrative-adventure game for the PC and PS4 called What Remains of Edith Finch has received a full gameplay walkthrough for those of you who need a little bit of help getting through the title.

Thankfully there’s a full playlist available featuring four videos walking gamers through What Remains of Edith Finch from start to finish. You can check out the video below from YouTuber RabidRetrospectGames.

The early goings of the game starts as a walking sim, you simply have to walk through the designated pathways as Edith makes her way toward the house.

Follow the narrative texts around the house to find out where you need to go. Head into Edith’s uncle’s room and open the book that leads to the secret compartment.

When you eventually turn into a cat, simply follow the bird across the ledges and tree branches – if you’re unsure on where to go, just follow the chirps and keep going until Molly turns into an owl.

Fly around as an owl and look for the rabbit in the snow – a light bit of text will help point you in the right direction. The rabbit is in the snow near an incline.

When you eventually turn into a shark, simply roll down the hill until you land in the ocean – just off to your left there is a fish you can find that you can eat. Don’t swim too far off to your right or straight ahead or you’ll miss it and end up wandering about underwater for quite some time.

After you turn into a monster and snatch up the passengers, in order to get to the captain you’ll need to exit from the cabin and go around the deck to the bridge to eat up the captain.

When you read about Calvin’s story, you’ll need to use both legs to wheel back and forth in order to get Calvin to swing all the way around the swing set. 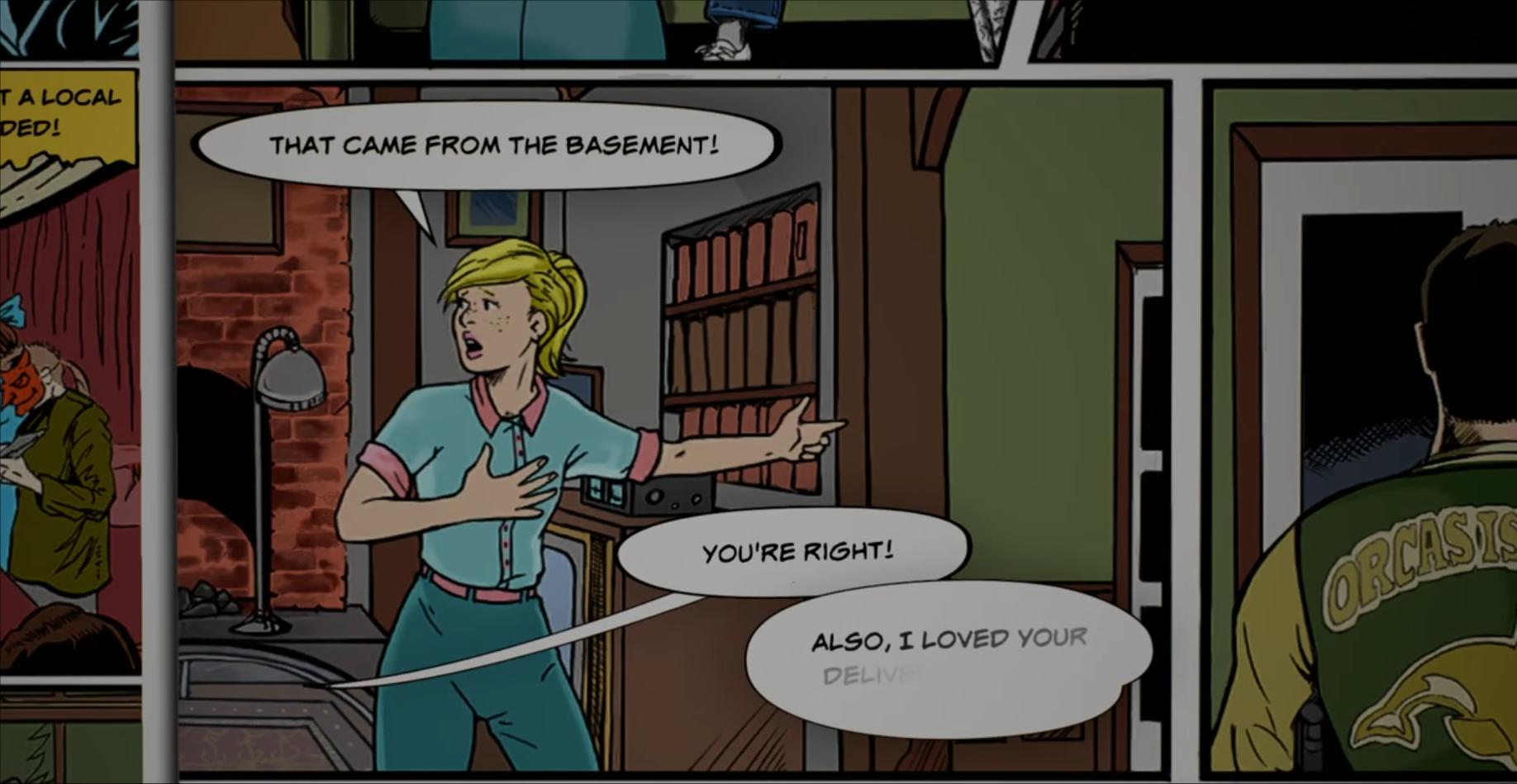 Barbara’s part is like a throwback to XIII. The horror-style segment requires you to move around the house and find Barb’s boyfriend in the fridge in the basement. Then in the next segment, move upstairs and after Barbara fights off the man, head around to the other side of the hallway to sneak up behind the hook man and wallop him over the head so he falls off the balcony.

When it switches back to Edith, head to the music box and keep turning the crank handle repeatedly clockwise until the handle comes off and the key is made available. Use the key to go into the basement.

It’ll then switch over to Walter, who ended up psychologically damaged after Barbara’s death. He ends up living in the fallout shelter in the house’s basement.

After 30 years of staying in the basement, Walter ventures outside only to to get hit by a train. Poor sap.

Head back into the main living quarters where Walter stayed, and open the compartment to head down into the shaft that leads out through the tunnel to the train tracks.

You’ll have to walking sim your way through the cemetery toward the grandfather’s room where there are photos of Dawn on her hunting trip with her dad, Sam.

You’ll find the next compartment through the doorway just behind Sam’s desk. Open it up and head through it to progress to the next room.

The game will switch to Gregory in the bathtube, where you’ll be able to mess around with ducks in the bathtub using a frog. After you activate all the ducks, use the frog to hop on top of the toy whale. Use it to bounce up and knock the bottle into the tub. Proceed to use the frog to turn on the water and fill it up so Gregory drowns and dies.

Use all the objects to attack the tent and force it to blow over so that it kills Gus.

When the segment ends, climb up the wall on the other side of the the beds, and head up to Milton’s lookout. Go back down and then toward the little boat house across from the lookout. This is Lewis’ room.

In Lewsi’ segment, you’ll need to chop off the heads of the fish and travel through the little dungeon mini-game.

Continue to navigate on the left with while chopping heads on the right, leading up to Lewis committing suicide by getting his own head chopped off.

This will take Edith back into the main portion of the house, where Edie will attempt to tell her story. The last story will be from Edith for her son before her death, which will then lead to the credits.