Ubisoft revealed the new Assassin’s Creed: Origins trailer featuring the origins of the Assassin order and how they came to war with the Templar for over the course of millennia. The lead character is an Egyptian named Bayek, an outcast who makes a return to Egypt after two years.

The game features bow and arrows, a completely overhauled combat system similar to hack-and-slash games like Dark Souls as opposed to the traditional puppeteer controls that defined the earlier Assassin’s Creed titles.

The original debut trailer dropped during the Xbox press conference.

The game is typical Assassin’s Creed fanfare, but there was a lot of debates, feedback, criticisms and arguments about whether or not Egyptians were white or black, which is the least problematic issue with Origins (which is obviously the piss poor, fake-arse Dark Souls inspired combat mechanics).

Some are angry that Bayek is depicted with darker skin; others claim that Egyptians were black; actual Egyptians are telling everyone else to STFU.

There were some actual comments below all of the “we wuz kangs” comments, such as the one below, but it was still themed around the race of the Egyptian people…

The only problem with the comment is that there were dark skinned Egyptians in the trailers and demos but I’m not sure exactly where the black characters were? The main character does sound like he’s voiced by a black guy, but he’s still clearly Arab. You get to see him up close in the demo below.

Now there are darker skinned Egyptians featured in the game but they certainly don’t look South or East African. 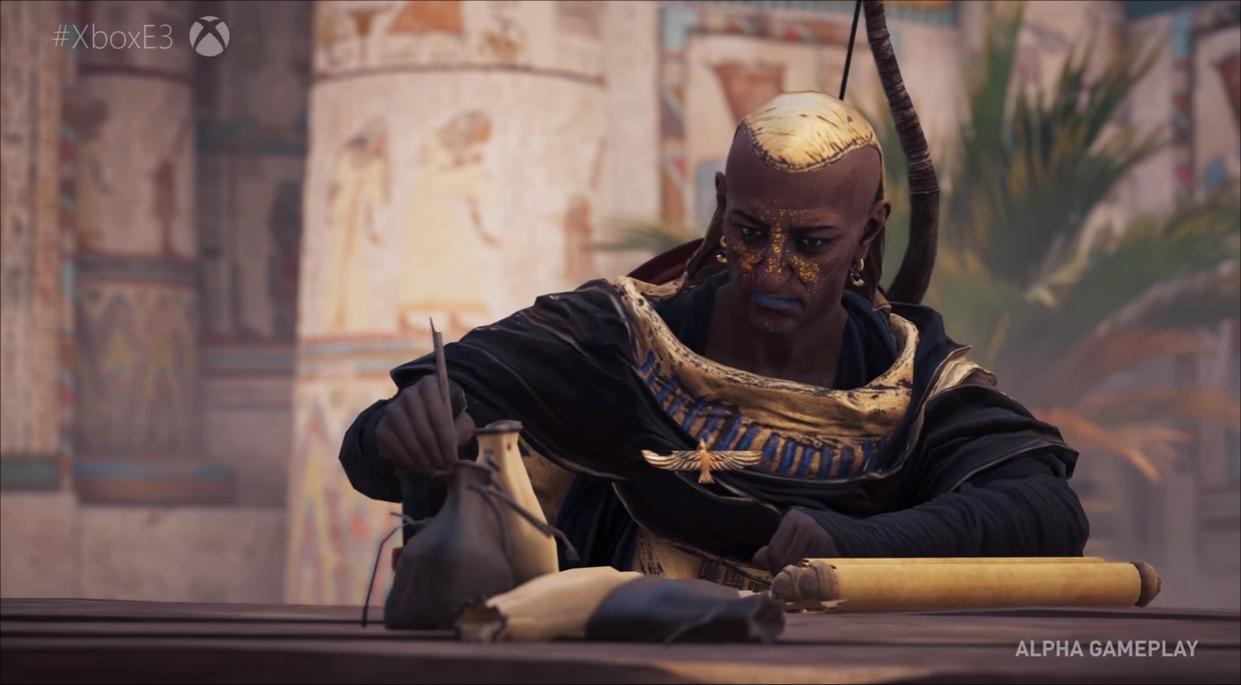 Unfortunately the rise of SJWs turning everything into a pity-party of racial safe-spaces, overbearing discussions of oppression, and constant animosity beefed up between races hasn’t done well for race relations anywhere in the world. All according to Soros’ plans I’m sure. It’s definitely something some people noticed in some of the videos for Origins.

Anyway, the feedback across some of the other sites is mostly just overtly positive hype and a lot of “I’m going to pre-order this!”

Only a few people noted that the combat has taken a huge step backwards compared to the cinematic, manual-mechanics that Ubisoft managed to peak in their excellence with Assassin’s Creed III. Since then they’ve been on a downward slope with the combat mechanics.

The new game focuses on hit-boxes and spacing as opposed to the standard timing mechanics and fluent animation prompts in order to execute instant kills and string together sequenced combo-kills. Sadly that doesn’t look like it’s going to be possible in Assassin’s Creed: Origins.