There were a number of games for various platforms that sort of fell under the radar during this past year’s E3. One such game is SIE Japan Studios’ Everybody’s Golf for the PlayStation 4, which is due out this August.

After going through a brief namechage from Hotshots Golf to Everbody’s Golf, the game is now prepping to release later this year for PS4. The Hotshots Golf series started on the PlayStation way back in the day, and it was more of a casual golf game that really attracted gamers who weren’t necessarily into sports or into golf per se. What it did was make it easier to nail shots, give gamers lots of fun looking and visually appealing characters to play, and lots of trick shots and vibrant courses to play across.

Everybody’s Golf may have a new name but it retains the same vibrancy that helped make the series so beloved back in the day. During this year’s E3 there were various demonstrations of Everybody’s Golf on display, one of which you can check out below courtesy of IGN.

The game sports a variety of tutorials to help gamers get introduced into the different modes and play-styles. This fits in line with SIE Japan Studio’s mantra for the series, which was always known in Japan as Everybody’s Golf but Tomoyo Kimura, the associate producer at SIE, explained that for the PS4 outing they wanted the name to be universal across the East and the West.

The demonstration starts by showcasing the game’s character creation setup, which is the first time that it’s being introduced into the series. You can change your gender, head, body, fashion, voice over and move-set along with the way your character swings their clubs. 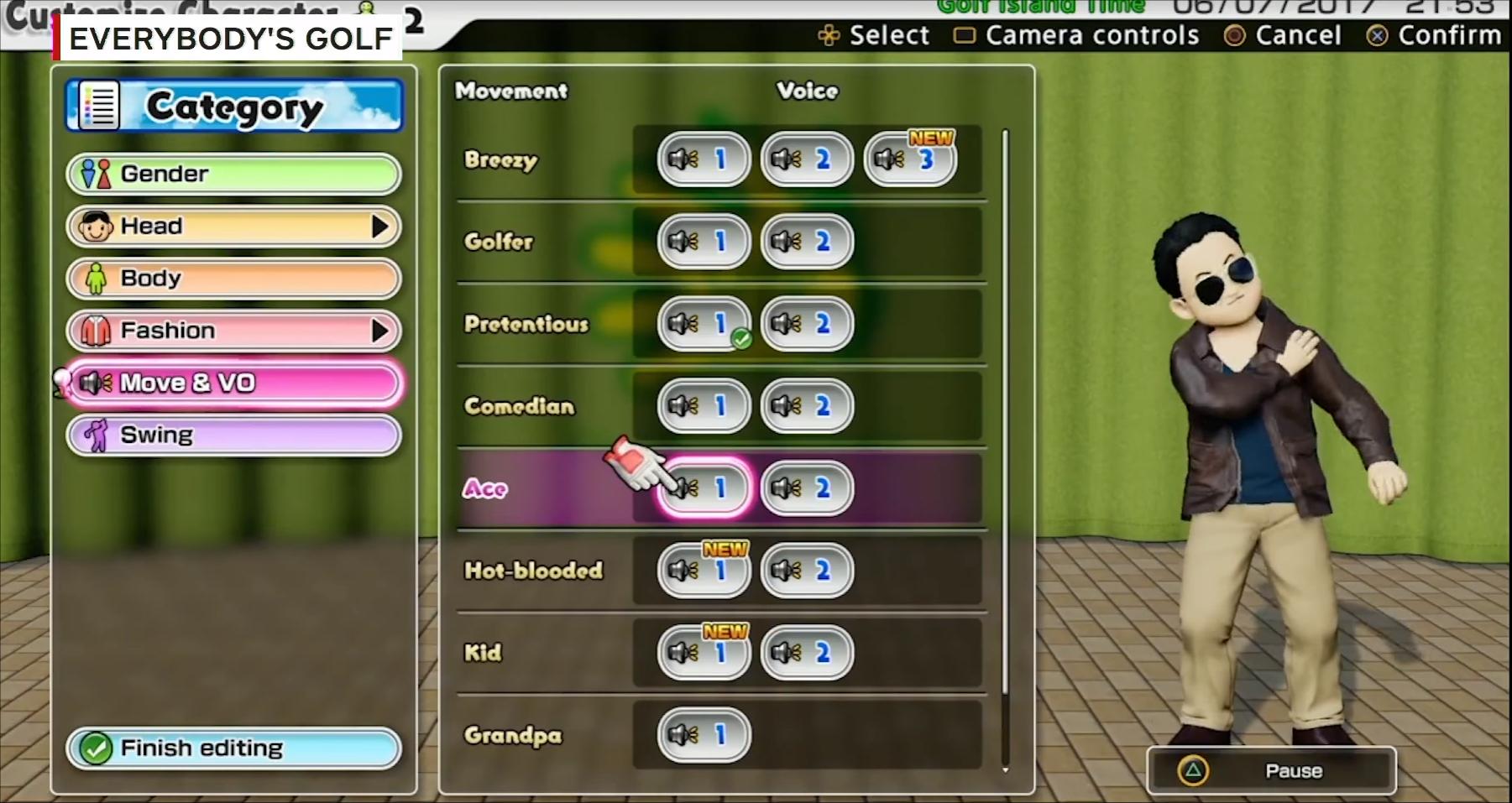 We also see that there are a variety of game styles, options for the number of players that can participate in a match, more than a handful of different matches to participate in, and a variety of modifiers to make the matches easier or harder depending on your play-style.

They’ve also introduced some different new mini-games to the game, including golf games. One of the things that Kimura explains is that SIE Japan Studio wanted to add a lot more of a social aspect to the game, so they’ve added in a variety of mini-games such as the fishing mini-game.

One other big new feature is the open-world gameplay, where players can move from each activity in the world manually, which is why they only seem to have five maps this time around. Players travel between activities using the golf carts. You can also travel to golf shops scattered around the courses where you can use your earnings to purchase new clothes and apparel for your character.

Kimura also mentions that they’ve setup a new online multiplayer online mode for Everybody’s Golf that is somewhat persistent. When playing offline you can do local four-player modes but in the online mode you can travel around the courses and see other people playing their games as well. The persistent online mode also allows you to interact with other players even if you aren’t friends with them, so it works as a social networking tool where maybe you can meet new people during your digital golf outings.

We get a bit more of the insight into the game’s design and a more in-depth look at the character creation in a separate trailer, which allows you to change hairstyle, eyes, nose, mouth, and nearly every aspect of your character’s shape and appearance.

It’s revealed that the game also retains some of the default characters as well, so if you lack the creative juices to come up with a notable custom character, you can just pick one of the defaults.

Everybody’s Golf is scheduled to launch later this year for the PS4.