Bandai Namco and Tarsier Studios announced that they have a series of new story expansions set to release for the very well received terror-platformer, Little Nightmares. The game’s story expansions will stretch from July all the way to January in 2018.

According to a post on the Steam page, there will be three new DLC chapters. The three chapters are labeled as “The Secrets of the Maw” and the first chapter releases in July called “The Depths”, where players take on the role of a runaway kid who experiences life on the Maw in a parallel journey to Six.

The second episode is called The Hideaway, which will release in November later in the year, a rather lengthy gap between the episode that goes live in July. And the last episode will release in January, 2018 for home consoles and PC.

In the first DLC story pack, The Depths, players will explore a new area of the Maw previously unforeseen during Six’s journey toward freedom. The runaway kid will experience a new danger in the form of a monster lurking through the sewers known as The Granny. She apparently won’t let anyone escape and he has to use the floating debris to make his way out. 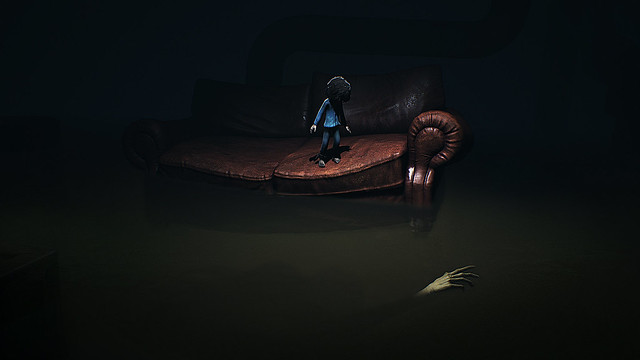 In The Hideaway players will journey to a machine-themed area where the little gnomes (known as Nomes) live. We’ll likely finally get an understanding of what they’re about; for some reason the Nomes have made a home out of living in the Maw’s engine room, which is a complex, maze-like area that players will have to navigate.

The last chapter is shrouded in mystery and they simply state that the fate of the runaway kid will be determined. We’ll all have to wait until January to figure it out.

A lot of people really loved Little Nightmares and the ending spawned tons of discussion thanks to the ambiguous nature of the game. It’s one of the few mid-budget games done right. Hopefully the DLC thing isn’t something that comes across as gypping the community, because otherwise Tarsier Studios has a really good new IP on their hands.