Devolver Digital released a new trailer for Absolver featuring the game’s character customization options. At the start of the game players will be tasked with creating their male or female fighter from across the land, and you get a few basic options before setting foot on the isle and unleashing a mean streak of whoop-butt on anyone who gets in your way. 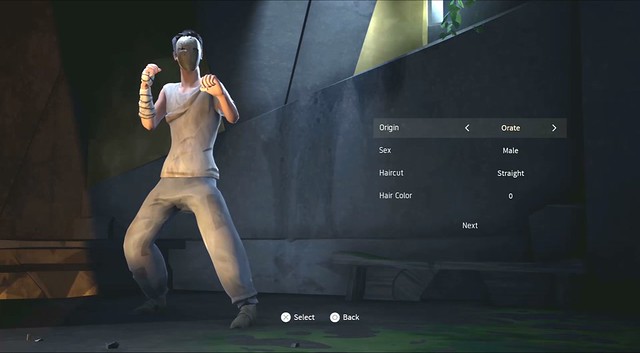 You can then select whether or not you want to be a male or a female. If you’re one of those otherkin types, you won’t find those options in Absolver. They’re keeping it strictly biological. Sonic is definitely going to be disappointed no attack Apache helicopters are available in the gender options.

You can also alter your character’s haircut and hair color. There aren’t a lot of options but you can see what’s available in the minute and 40 second trailer below.

After you get done picking the basics you can then modify your clothes. There are various pants, shirts and shoes you can choose for your character.

Different outfits have different stats, so you’ll have to pick and choose what suits your character, as well as dealing with the fact that sometimes more protection isn’t always better when they make your character exceptionally heavy.

Capes, shoulder pads, gloves, and extra armor accessories can also be acquired for your character, so you’ll have to decide whether you want to look cool or be light on your feet.

You can look for Absolver to launch on PC and on PS4 starting August 29th. It’s difficult to tell how well this game will do given that despite its originality, it’s also not entirely as enticing as it could be due to the somewhat muted aesthetic, hollow looking fight moves, and practically non-present story mode. But we’ll see how well it does when it drops at the end of the month.