The game starts with Senua, a Celtic warrior from the Pict clan, returning to her home after running away. She had originally fled her home because her father, the clan’s druid, had been torturing her as a way to combat the “darkness” within her. In reality, her father, Zynbel, didn’t understand that Senua and her mother, Galena, had traits of mental illness, passed down from mother to daughter. Zynbel thought he could rid them of the illness by locking them in holes or beating the “darkness” out of them, all to no avail.

In his thirst for resolution, Zynbel had killed Senua’s mother after he couldn’t rid her of the “darkness” by burning her at the stake. The trauma from her mother’s death caused Senua to black it out, but it slowly came back after Senua experienced another live-altering traumatic event by seeing her lover, Dillion, strung up as a Blood Eagle sacrifice by the Northmen raiders. 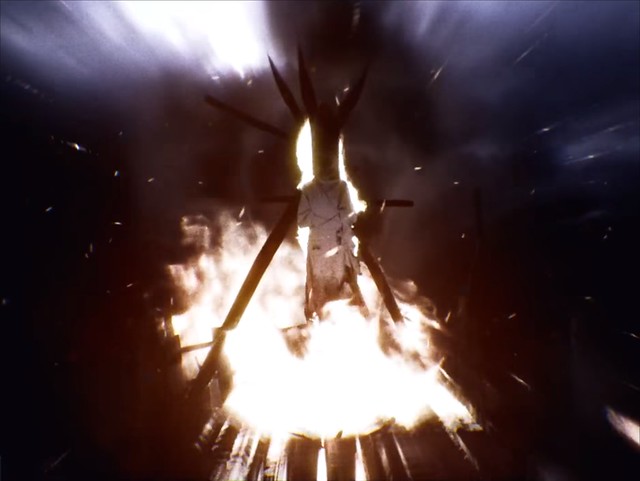 The sacrifice included his body being splayed open and parts of him being dismembered while strung up for all to see.

Upon witnessing this event, the voices that Senua had been hearing throughout her childhood and young adult life come roaring back more fierce than ever, forcing her into a state of despair and delusion. Within her own world Senua creates a quest… to save the soul of her lover, Dillion, and spare his soul from damnation at the hands of Hela. She embarks on a quest to recover Dillion’s soul… thus, she takes the severed head of former lover and reluctantly heeds the directions of the desultory voices within her head.

Along the way, Druth tells Senua stories about the Norse mythology to keep her mind occupied and from becoming overwhelmed by the voices yelling, whispering, and taunting her furiously about her head.

Druth also gives Senua two distinct missions that eventually set her on her path: To kill Surt and Valravn, two vicious clan leaders of the Northmen. Only after completing the task will Senua gain access to Helheim, where she believes she will meet up with Dillion once more. Senua embarks on the quest, and eventually fulfills the tasks of Druth, who upon the journey’s end, retires from her mind’s eye and leaves her in the untrustworthy hands of the voice of the Shadow.

The Shadow is a representation of her father Zynbel. He directs Senua beyond Helheim while competing voices misdirect Senua, instill fear in Senua, taunt Senua, and force her into cowering fear.

Amid the chaos in her mind, the head of Dillion helps guide her steady. She follows his voice while reliving the memories of how she met him by watching him practice his sword skills in the pastures. Senua – as a child – did not go out much due to her psychosis, a condition that her father claimed was a curse. Even still, Dillion and Senua eventually managed to get on, and eventually fall in love. He convinced her to continue training to become a warrior, and persuaded her not to commit suicide after a plague struck the village and her father and the other clansmen believed that her psychosis was a curse that brought the plague down upon them.

The guilt that Senua’s father had placed around her shoulders, like the burden of a yoke, was too much for her to bear, which is what caused her to flee from the village in the first place. She thought that she could be rid of the darkness and spare Dillion an unholy fate by leaving him and her family behind – by running away.

Nevertheless, even in the wilderness, Senua could not escape the voices, nor could she escape the darkness. 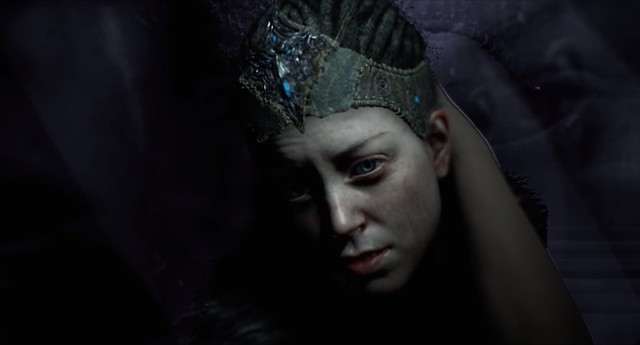 Dillion, however – both before his death and after – continued to give her confidence by telling her that the voices and her visions were not a curse, but a blessing. He encouraged Senua to utilize these traits as a gift to help her complete her journey. This inspiration helped Senua along the pathway to complete the trials of Odin, repair a legendary sword that could defeat the darkness, and eventually travel to the lair of the Beast.

Senua retrieves the sword from the tree of woe, journeys deep into the mountain, slays the Beast, and then finally conjures the strength to face the Shadow, her father, over the death of her mother. Senua realizes that her father had no idea how to deal with her psychosis and so he thought the only solution was torture and death.

Eventually Senua manages to defeat the darkness by realizing that Dillion is dead and that there is no soul to recover. She overcomes her fear of the darkness and the darkness fades away, along with some of the voices that came with it. Senua’s delusions fade, and she stands atop a cliff within what remains of structural wreckage left by the Northmen. She finally accepts Dillion’s fate and lets his head fall into the water before walking away… leaving him, the darkness, and the voices behind.

TL;DR: Senua and her mother suffer from psychotic delusions and schizophrenia. Senua’s father tries to cure this by torturing them, or in the case of Senua’s mother, burning her at the stake. Her father blames her for a plague that sweeps through the clan, killing many of them, including her lover’s father. Senua’s father claims she’s cursed, so she eventually flees her village. Upon her return she finds her lover the victim of a Northmen sacrifice, and she succumbs to her worst bout of psychosis yet, taking her on a dark and nightmarish journey into Helheim to find her lover’s soul.

At the end of the journey she comes back to her senses and realizes her lover is truly dead, and she solemnly accepts his fate and the fate of her clan. Senua manages to overcome some aspect of her psychosis, leaving behind some of the voices and trauma that stayed with her for so long throughout her life.