Tencent Games is currently moving up in the entertainment market toward their eventual global domination, but before they get there the company wants Nintendo Switch owners to put in some time with the upcoming console release of Arena of Valor. They recently announced during the Nintendo Direct promo that the game will enter into beta this upcoming winter, and Switch owners will be able to play for free.

The MOBA allows for the typical 5-on-5 matches with multiple lane runs, 3-on-3 matches, 2-on-2 matches and mano-a-mano bouts to see who’s the best of the best in PvP. The game also introduces a brand new Hook Mode, but they don’t go too in depth about what it actually does or how it differs from the other modes. They do, however, showcase what the game will look and play like in a gameplay trailer that you can check out below, courtesy of Game Trailers.

This is being billed as the Switch’s first MOBA. I’m a little shocked that others like Hi-Rez Studio didn’t attempt to jump in and suck up all that free market share on the Switch given that it will nearly be a year that the Switch was on the market without a MOBA. I would have suspected one of the smaller developers would have wanted to take control of that sector of the market before the big AAA publishers like Tencent scooped up all the market share.

Anyway, gameplay wise it’s typical of what you would expect from any other MOBA. Arena of Valor basically takes the standard and working MOBA formula and is extrapolating that to the Switch. 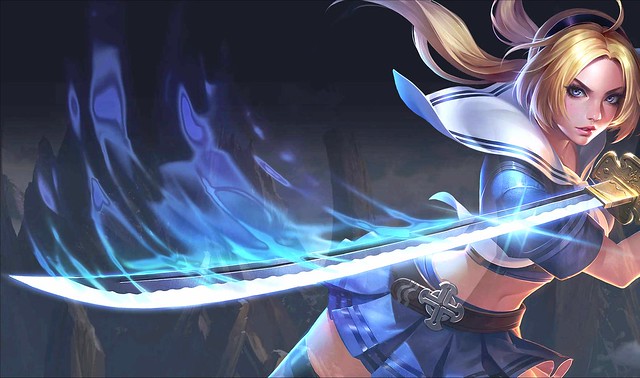 The game was announced at the start of the year by Tencent and developer Proxima Beta, but it didn’t launch until the middle of August on Android and iOS devices. Interestingly enough, it means that Tencent was working fast to get this game on the Switch shortly after launch. We’ll be able to tell exactly how well MOBAs will do on the Switch once winter rolls around.

Character wise, it’s all the same archetypes you’ve come to expect from other MOBAs, with a few familiar faces such as Lu Bu and Kahlii, along with that chick from Sucker Punch.

You can pre-register for the game over on the official website, or keep an eye out on the Nintendo eShop for the beta client.