A new trailer for Atomicom and GamesCo’s JCB Pioneer: Mars has popped up. The game is about surviving on the surface of Mars while using licensed construction equipment from JCB, including cranes, rovers, transports and tractors.

The latest trailer features insight from real-life astrophysicist, Dr. Maggie Lieu. She’s been working with the team on certain physics and other elements to include in the game to replicate life on Mars. She also ventures to explain what sort of advice the aeronautics experts gave to Atomicom to help out with the development of the realistic survival space-sim. You can check out the video below, where they talk about the real-world science being utilized to help with the development of the game.

Lieu talks about the similarities of surviving in JCB Pioneer: Mars and the real life NASA and SpaceX programs that will see real humans attempting to survive on and colonize Mars, which is currently already underway by both organizations.

The video also covers how the developers are attempting to replicate many of the known facets of Mars’ personality, including the planet’s extremely hostile environment, the gravity, and the unpredictability of its atmosphere. This means that you’ll have to deal with high levels of radiation, high levels of toxicity, and dust storms. 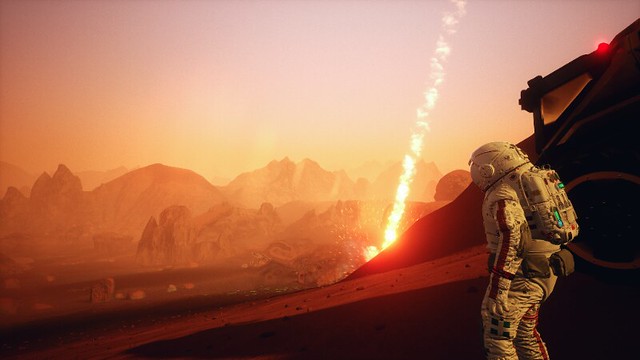 You will need to brace for and accommodate these fluctuations in weather changes on Mars as you attempt to colonize the planet and build up your survival habitats.

Unlike other survival games out there, JCB Pioneer: Mars is a lot more realistic in terms of the equipment you will be using, the conditions you will be facing and the upgrades that you will utilize in order to overcome the challenges of surviving in deep space.

JCB Pioneer: Mars is currently available in Steam Early Access, and you can check it out by visiting the < ahref=http://store.steampowered.com/app/536660/JCB_Pioneer_Mars/ target=”_blank”>Steam store page to learn more about this space and survival simulator.