Ahead of the release of Denis Villeneuve’s Blade Runner 2049, which is due out this October, there have been a series of short films being rolled out to help add context and flavor to the backstory of the upcoming film.

The newest short from Cowboy Bebop director, Shinichiro Watanabe, follows two rogue Nexus replicants on a mission to save their own. One of the rogue replicants, Izzy, recounts how he discovered that the units on the battlefield fighting each other on a foreign planet were actually both Nexus units and that they were just pawns in a war game fighting each other corporations. The war disillusioned Izzy, turning him into a rebellious individual.

Back on Earth the replicants were being hunted down and killed thanks to an electronic database known as a replicant registry.

Izzy ends up being accompanied by Trixie, a loli-esque replicant, who he saves from a group of replicant hunters. The duo end up commandeering a truck and tricking an Otaku with a fetish for robot chicks to detonate an EMP over the city.

The Otaku and Trixie don’t make it out of the situation, with Trixie dying while fighting the guards outside of the magnetic archives, and the military arresting the Otaku.

Izzy ends up surviving after using a fuel truck to blow up the archives containing all the records of Nexus replicants. The goal was to make it where humans could no longer hunt down and kill replicants using the electronic data records that kept track of the relpicants.

Izzy walks out of the explosion following the removal of his eye. He slaps on a patch and becomes “Punished Izzy”. 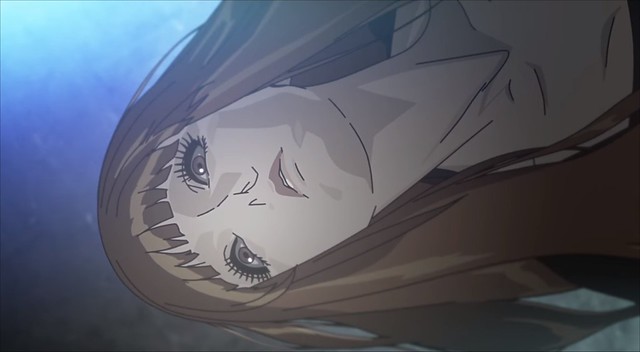 If you missed it before you can check it out below.

A couple of things worth noting is that the visual tapestry of atmosphere and characterization of Blade Runner was captured perfectly both by Scott and Watanabe. Although I feel Scott’s interpretation is a bit more imitation of Ridley Scott’s original rather than an upgrade of the original.

Personally, I would have loved to have seen more of Watanabe’s take on the franchise because it felt really distinct and fresh, a little bit like a new take on Ghost in the Shell.

It’s a shame that Watanabe’s Black Out 2022 is just a short and not a full length film, but maybe some time down the line if things work out well with Blade Runner 2049 we might get a proper length film based on Watanabe’s story.