Neill Blomkamp’s Oats Studio is back again with another short film, this time it’s a continuation of a story originally started by Unity Technologies called “Adam”. The original demo was released back in June of 2016, but Blomkamp decided to flesh out the story behind the short film by giving viewers some backstory on what many of us already had pieced together from the bits and bites of information made available in the original short film.

The seven minute short explains that the travelers led out of the walled city of the Consortium are in fact dissidents of the regime; criminals who have been stripped of their humanity and relegated to the limited lifespan of the cyborgs we first saw in the original Adam demo. You can check it out below, which was recently posted on the Oats Studio YouTube channel.

The film is pretty light on story, but we do learn that the main character from the original is back again, and it’s explained that he was a terrorist in his former life. Someone who committed an act of violence against the Consortium. We learn this through another character named Silo, who is also referred to as “The Mirror”.

She’s able to read the serial data from the prisoners and tell them what crimes they committed in their past life – the crime that led them to become trapped in the robotic husks that they embody. 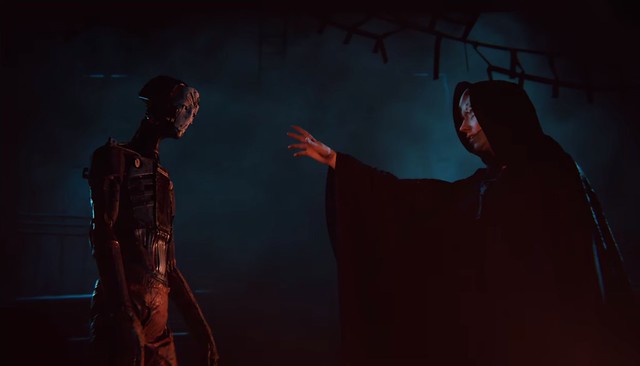 Much like the original tech demo, it’s more than just a highlight of storytelling. This is also a showcase of the Unity 3D’s engine capabilities.

We see how it handles screen space lighting, post-processing effects like spatial lens flare and bokeh depth of field; we get to see luminance blending, physical based light rendering, god rays, and multi-pass shadows.

All of the bells and whistles that are usually associated with really high-end engines was on full display here with the Unity tech demo. What’s more is that this is all running in real-time within the Unity runtime environment.

If you forgot what the original short was like, you can check it out below.

Oats Studios have plans on releasing a follow-up video, which will likely both work as a showcase of Blomkamp’s unique take on sci-fi storytelling, as well as the Unity 3D’s highly impressive rendering capabilities.