Although I always suspected (and now I know) that other versions of the game might be technically superior, I’ve been waiting for RIME to land on the Nintendo Switch before testing it out. I don’t know why, but something about its softly crafted graphics and understated, natural beauty made me feel like it was a natural stablemate for Zelda: Breath of the Wild, which has proven to be such a joyous pleasure when played under any circumstances – on the train, in the bar and certainly at home.

RIME certainly has some seriously breathtaking locations that match the sheer visual appeal of almost anything in BOTW, but it also has a unique visual style that is artistic, appealing and all-encompassing. As I climbed to the top of the tallest cliff in the opening scene and panned around to look at the sealine below me stretching off into the distance, I had a rare feeling of vertigo. Much like in BOTW, I felt that what I could see in RIME, I could visit. After all, it becomes quickly apparent that this is a game about exploration, wonder and occasionally, pushing the boundaries of your comfort zone. 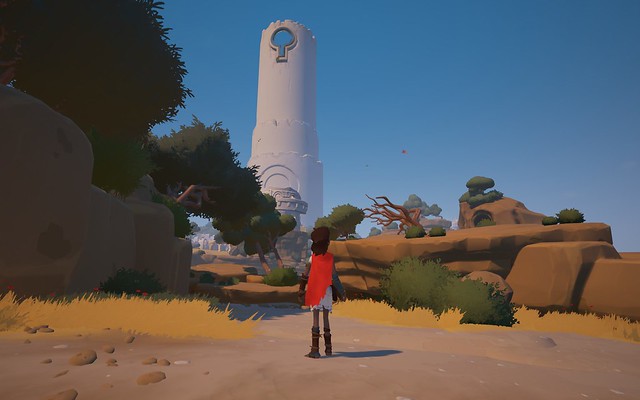 Washed up on shore and all alone, we play as a young boy left to fend for himself. There is no direct combat as such, although throughout the games five primary spaces, there are certainly some threats. Instead, the challenge comes from vast, environmental puzzles that interlock with one another and the world itself, guiding the player superbly through levels that feel vast in scale and involve tons of backtracking, but almost never ask the boy to follow the same path twice.

These puzzle and exploration elements start relatively simply, with visual cues (and an actual guide in the form of a spry fox) to help you along the way. Activate a number of totems, each of which needs to be accessed in a different way, be it climbing or distracting a hungry pig standing guard. Next, it’s time to learn about how the boy can interact with certain objects within the world and an introduction to timed puzzles. Not all that much further in, you’ll be completing several smaller puzzles to solve a larger one that finally unlocks the puzzle itself.

Among all this, I don’t see how you could ever be bored in RIME. There are many, many collectibles along the way, many of which are hidden in caves or side rooms, up sheer cliff faces or in sacred groves. Others are hidden ingeniously around corners right on the beaten track, especially on occasions where the game asks players to return backwards from a resolved part of the puzzle to the main hub, for example. This awareness (and general likelihood) of finding collectibles incentivized and rewarded me for exploring, so I enjoyed it all the more. 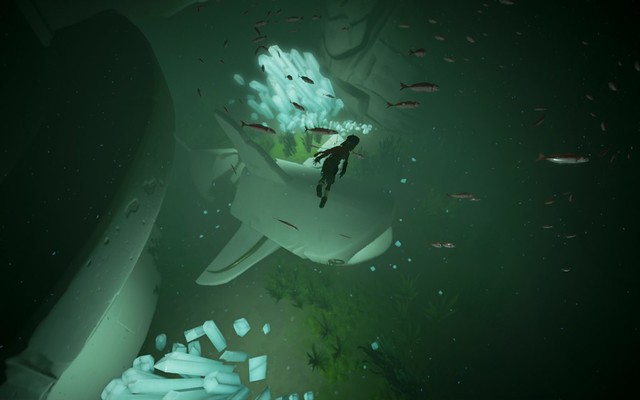 When RIME ends, it does so in a way I wasn’t expecting. This is a game in which you will see the entire world shift and change as levers are pulled and totems are activated, yet at the end it’s about something much more subtle than that. For all the majesty of the sheer cliffs, dazzling white towers and the temples that fold out of the earth, RIME has a message that is as close to home as it could possibly be and it is a beautiful and poignant one that has a decent chance of drawing a tear from even the driest of eyes.

Now, whilst the game play in RIME is fantastic, the Nintendo Switch version (please bear in mind that much of my playtime is of a pre-release version) is incredibly poorly optimised for the less powerful handheld system. When docked, the game is certainly at its best, with a notable increase in resolution versus the handheld mode, which I would honestly be surprised to hear reaches the Switch’s native 720p. Whichever way you play it, panning and zooming results in significant frame rate dropout. 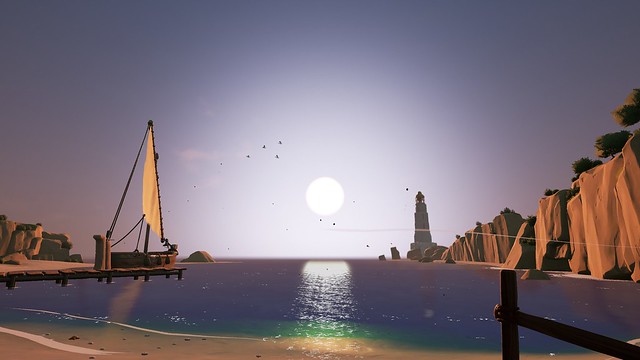 The resolution is an issue when undocked. The scenery is often acceptable because of distance, but where the boy is concerned, I was shocked to see the presence of an incredibly jagged outline at all times. This is never present when playing docked, so I do believe it is the result of a conscious decision to make the game playable as a handheld title. In terms of how it actually plays when being held in the hands, there are no specific problems there – it’s a simple game to control and the lack of real combat makes it relatively relaxed to work with.

Among all the versions available, I strongly doubt that the Switch version of RIME is currently the best option for someone who hasn’t dived in yet. I was attracted to the possibility of playing anywhere, but the reality is that the experience right now is far below the standard that makes me feel entirely comfortable. It’s still the same exceptional game that I believe it always has been, but it’s just, a bit broken right now. If the Switch version is the one for you, I’d suggest you wait and see if a patch comes along, so for that reason I am going to score it a: