Iceberg Interactive announced that the Belgium-based game developer, Cybernetic Walrus, is wrapping up development on a new fast-paced, futuristic, sci-fi racing game for the PlayStation 4, Xbox One and for PC called Antigraviator. The game is due for release in the second quarter of 2018 next year.

If you were a fan of games like Fatal Inertia, Quantum Redshift, Redout or Fast RMX, you probably want to keep your eye out for the upcoming release of Antigraviator.

The game features a full campaign racing mode where you can unlock new parts, ships and skins, not unlike F-Zero GX, along with full local split-screen multiplayer for up to four-players, just like Extreme G, and there’s also a robust online multiplayer mode just like Distance, complete with online rankings and leaderboard support.

To get an idea of what the gameplay is like, you can check out the teaser trailer below.

I’m sure some people may find it hard to believe that it was built on the Unity 3D game engine. They’ve really worked hard to push the engine to its limits to achieve the best visual fidelity at the fastest frames possible. 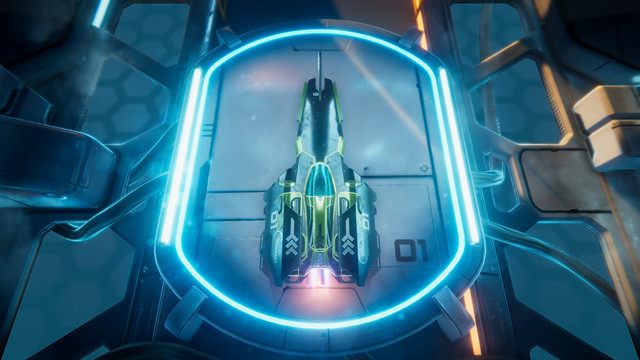 In a way, it almose comes across as a Wipeout variant if it got high on mosh-pit EDM and Ecstasy. No complaints here.

The hardcore, break-neck speeds and eccentric track designs set in exotic locations could easily make this a go-to sleeper-hit for fans longing for another futuristic, fast-paced racer in the vein of F-Zero… especially since Nintendo won’t give us another one.

You can keep track of the game’s updates and progress by either adding the game to your watchlist through the Steam store or visiting the official website.