Capcom revealed the third season of characters for Street Fighter V. The upcoming season will get underway starting January 16th, 2018 next year for the PS4 and PC. Things will kick off with Sakura as the first playable character from Season 3 for season pass holders, and now that she’s all grown up you’ll get to see her in her adult costumes.

Sakura will feature four outfits to play with, including her standard costume, her story costume, her battle costume and her classic costume.

Eventhubs managed to grab some screenshots and the trailer for the character reveal, which you can check out below.

The trailer features Sakura fighting clean and pristine. If you were hoping to get some good pantsu shots, Capcom made it where she’s wearing spats under the skirt, so the fan-service is toned down, obviously to support the terrible rules and regulations of e-sports.

The trailer also reveals the Kasugano Residence stage, which is new to Street Fighter V: Arcade Edition, but a retread of the classic stage from Street Fighter Alpha 2.

At the end of the trailer we get a glimpse of Cody, who is finally out of his prison garb, Blanka, Falke, G, and Sagat. 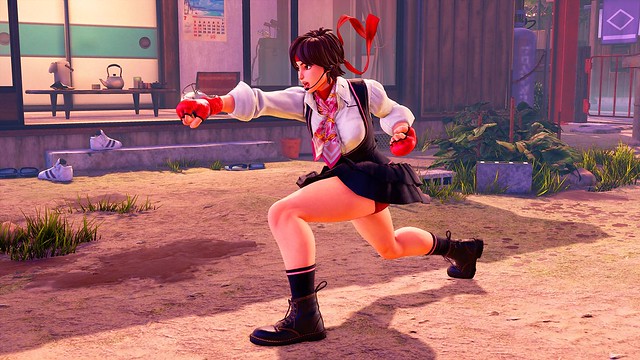 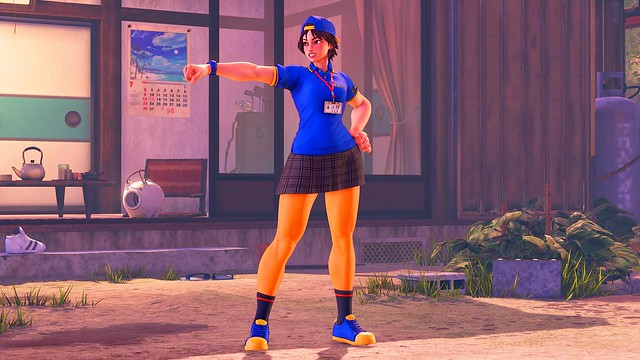 …except without the fish breath, of course.

Capcom also dug deep in their well of nostalgia and whipped out Sakura’s old school-girl outfit from the Alpha series.

Don’t expect any of the same level of pantsu shots that you used to get before, though. 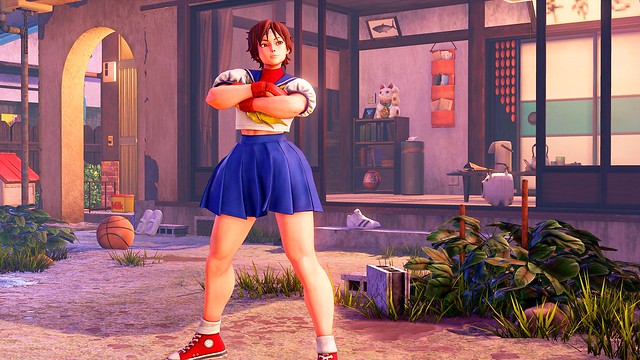 And finally, there’s her gi and gear, with the red gloves and red foot guards. She has a red body suit on underneath. It would have been pretty cool if she had let down the top part of the gi and had it wrapped around her waist. But it’s still a neat outfit nonetheless. 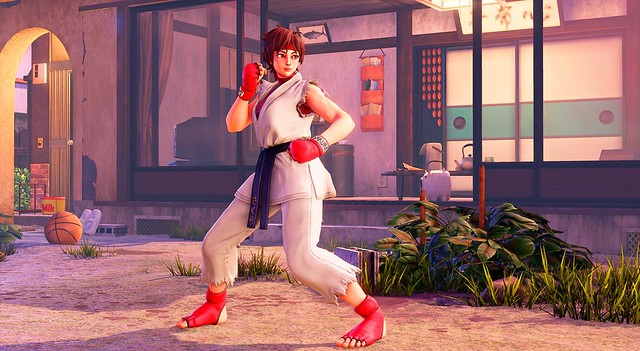 Anyway, if you have the season pass you’ll be able to download Sakura starting January 16th, 2018 as part of the Season 3 roll out. From then on you can expect some of your other favorite fighters to join the roster later on throughout 2018.