Joey “Mr. Wizard” Cuellar announced recently that the official registration for the EVO 2018 Championship Series has opened. You can now register to participate in your favorite game and attempt to fight your way through the seeds into the Top 8 finals.

The news went live via a tweet that Mr. Wizard sent out earlier today on February 19th, 2018.

Evo 2018 Registration is now open! Head on over to https://t.co/u4TVJm4jrn and get it done today before you forget! #Evo2018

Registration is for the event set to take place this upcoming August at the Mandalay Bay Center in Las Vegas, Nevada. You can register over on the official website, where you can choose which game you’re registering for, along with booking your hotel and buying tickets for the Sunday Top 8 finals.

If you’re unsure what games will be available, there’s an event itinerary that rolls out all the available feature games over the three day weekend, which includes:

I’m almost willing to bet that Dragon Ball FighterZ will have the most registrants this year, possibly even beating out the debut year of Street Fighter V when everyone was all hyped for it but the game turned out to be a heck of a lot less than what people expected. It was a far cry from the more complete versions of the series that released in previous years. 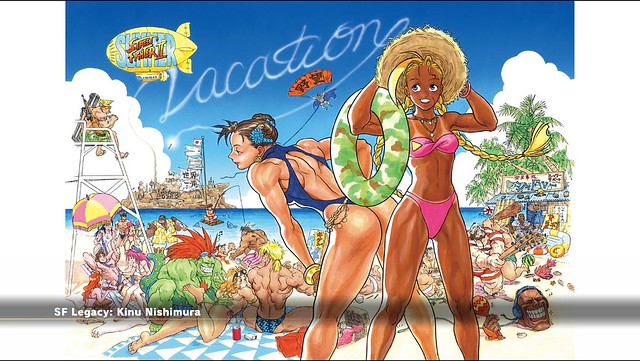 You might notice that Capcom’s Marvel Vs Capcom: Infinite did not make the cut. The game was too heavy laden with the insemination of the regressive antics spewed forth from the Intersectional Inquisition’s phalanx of sociopolitics.

Don’t be surprised if Street Fighter V: Arcade Edition undergoes the exact same level of censorship it did in the previous two years during the live broadcasts of EVO on ESPN, where Cammy and R. Mika had to have their default costumes banned from being used during the Top 8 due to “broadcast standards”. This is the kind of terminal cancer the FGC will have to suffer through now that their precious tournaments have gone “mainstream”. Do you like that cancer meat sandwich? Are you chocking down on the chalky white fluids of censorship with glee?

Anyway, you can register for the EVO 2018 event right now by visiting the official site and laying down the gauntlet on the game that you think you have a chance of winning… unlike CM Punk’s first fight in the UFC.