E-Line Media announced that their newest project could be a creative zenith for the studio, as it involves traveling through a narrative-driven story in a 3D sandbox game where you create and design ways to traverse through the obstacles presented to you.

The name of the game is The Endless Mission, and it’s a multi-genre game built in the Unity 3D game engine where you’ll need to create, make, modify and mix elements to create opportunities to progress through the game. 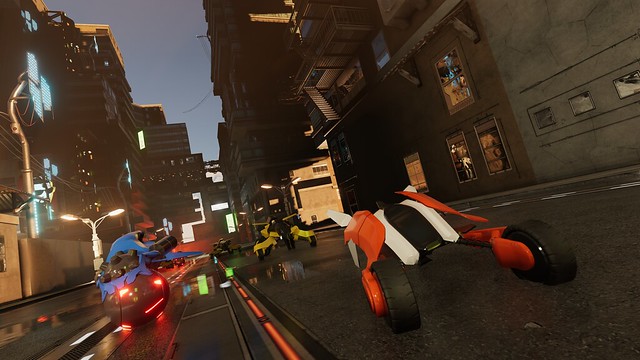 Details on the actual gameplay are kind of thin, but the gist is that it’s a multi-genre game, consisting of 3D platform traversal, sandbox-style exploration, and even some racing game segments.

The press release seems to indicate that the game takes cues from The Matrix and Ready Player One by allowing gamers to shape, mold and change the world around.

Again, the press release doesn’t exactly detail how this plays out, but we do know that there’s a measure of manipulation that in effect is about as powerful as editing the code itself.

Unfortunately there are no gameplay trailers available right now, but there is a short gif showing one of the segments from the kart racing.

E-Line Media has plans on launching the game into Early Access on Steam starting this summer. They will also be demonstrating the first playable demo for The Endless Mission at the upcoming PAX East event in April.

I’ll reserve judgment on this project until we get to see a bit more. Props to E-Line for at least stepping outside the box and trying something new. We just don’t get enough games that do things like that these days.