Nvizzio Creations, Meridian4 and The Wall Productions announced that the cooperative, open-world, tower-defense action game, Eden Rising: Supremacy, is set to launch into Early Access on Steam starting early May next month.

Ahead of the release, the game received an all new gameplay trailer, highlighting the visual splendor of the game’s fantasy-oriented environments set in deep space, as well as the tower defense gameplay that rests at the core of Eden Rising: Supremacy.

So the gist of the game is that players take on the role of very powerful wardens, and the objective is to scavenge around the very large world and unlock new tech and powers as you trade in your humanity to become a god.

The trick is that the power of the gods resides in ancient machines known as Crucibles. Players are tasked with defending the Crucibles from the alien inhabitants, set on destroying them.

This is where the tower defense mechanics come into play, as players will be required to setup a variety of traps, walls, offensive utilities and defensive mechanisms in order to protect the Crucibles from the alien enemies.

Visually most gamers will probably see it as a No Man’s Sky clone, but gameplay wise the mechanics and combat system looks very similar to Absolver. 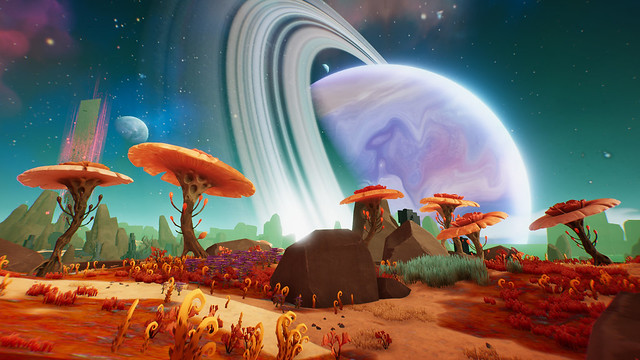 The game features eight-player co-op during the Early Access phase, but the developers have plans on including a 16-player co-op feature at launch. You’ll also be able to open up, run and host your very own servers to suit your own gameplay desires.

New weapons and traps are acquired through a crafting mechanic, which is what ties into the game’s exploration – where you’ll have to gather supplies from fauna and other areas of the map in order to use the resources to make new gear.

You can keep track of Eden Rising: Supremacy and its upcoming Early Access launch by visiting the Steam store page.