Modus Games and Iron Galaxy Games’ Extinction is out and available for the Xbox One, PS4 and PC. The game is a third-person, hack and slash title. If you’re in need of a gameplay walkthrough guide, there’s one available.

There’s a gameplay walkthrough from RabidRetrospectGames that covers the four hour campaign of Exztinction. You can check it out below.

At the start of the game, following a short cinematic, you’ll have to kill some jackals to rescue some civilians. You can hold down the ‘Y’ button on the Xbox One controller or Triangle on the DualShock to rescue the civilians or charge the crystal.

You can grapple using the right bumper. Press ‘A’ on the Xbox One controller or the ‘X’ button on the DualShock to jump. You can use the jump button to hop onto the side of walls to scale up.

Press ‘B’ on the Xbox One controller or Circle on the DualShock to dodge attacks.

After completing the tutorial mission and rescuing the civilians. You’ll need to charge up your sword using the crystals around the town. The more rune energy you acquire the more damage you can inflict on the Ravenii.

Once you kill the first Ravenii proceed to the rune crystals to charge the sword, save the people from the jackals and prepare to fight the next Ravenii.

You have auto-replenishing health, so if your life gets low just go hide.

For the next Ravenii battle, you’ll need to destroy the four armor pieces. First target the left and right shoulder pad, and then target the lower locks on the armored gauntlets around the wrists of the Ravenii. 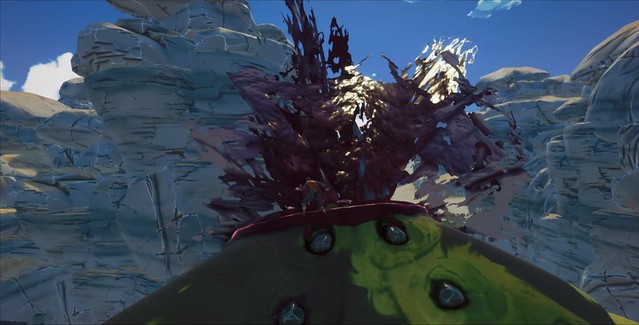 You can then proceed to target the locks on the helmet and then behead it.

Another Ravenii will be located at a desert town – if you have enough rune energy you can quickly dispatch the Ravenii armor around his legs and cut him down to size to prevent him from storming through the town of Multnomah.

Get to his back to cut his head off.

You’ll also have to take out two more Ravenii. However, you can quickly dispatch them by attacking the armor on their right leg, cutting off their right leg and then proceeding to their neck to remove their helmet and then behead them.

If you need to improve your rune strength, kill some of the jackals and power up the rune stones.

In the next mission you’ll need to kill 25 jackals, including a special new jackal that is slightly more powerful than the standard green jackals. After killing so many and rescuing 18 civilians, you’ll complete the mission.

The next mission involves venturing through a ravaged town to stop two Ravenii. First there’s a purple one, which you can quickly dispatch by breaking the lock on his leg armor and then cutting off his leg. Proceed up his back and then cut off his head. 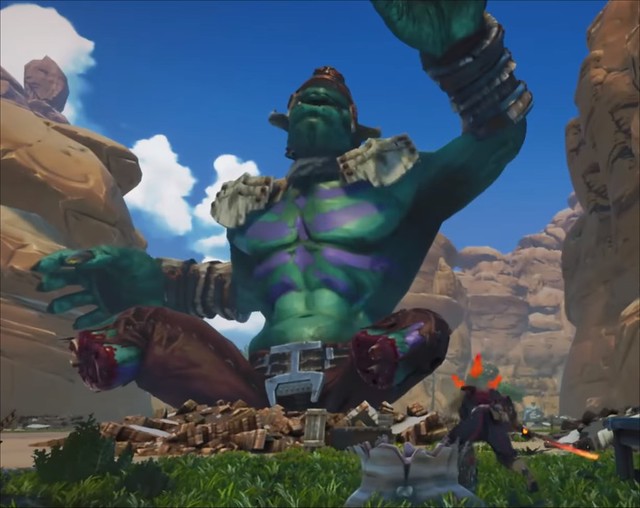 The other Ravenii that attack the town are poorly armored. You can cut off their wooden leg armor, slice their limbs from their body and then remove their helmet to decapitate them at the nape.

The next battle requires battling a Ravenii in gold armor.

You’ll want to clear out the rune crystals first and then proceed to attack the side padlocks on the legs of the golden armored Ravenii. Once you can slow him down by severing his leg, you’ll need to work on the padlock on the armor and then decapitate the Ravenii.

The next mission involves protecting the watchtowers. The towers are used as guides for the refugees.

The trick for the first Ravenii is that he’s wearing bright steel, which is impenetrable. In order to attack him simply scale up to his nape and decapitate him before he reaches the city.

Continue to guard the towers and kill the jackals that spawn around the people.

Proceed to rescue 25 civilians and then target the next Ravenii.

He’s wearing armor around his arms, legs and shoulders, along with a golden, padlocked helmet. You can use the right bumper to grapple up to his head and quickly take out the padlock on the back of his helmet to dispatch his head armor and take out his neck.

Keep in mind that you’ll need to work fast because the Ravenii can grow back their body parts. One tactic is to cut off both legs if there is more than one Ravenii, this will allow you time to work on one orc at a time.

In the next mission you’ll need to take out several Ravenii wielding clubs. In order to be rid of their clubs you’ll need to destroy the bracers around their arm and then cut their arm off. This will cause them to drop their club.

Once you defeat the armed Ravenii, you will complete the mission.

The next mission involves saving 16 civilians. You can do this by quickly capturing rune crystals around town.You’ll need to work fast because the jackals and the Ravenii will be moving through the town quickly. Once you save the people and defeat the Ravenii you’ll proceed to the next stage.