Eidos Montreal, Crystal Dynamics and Square Enix revealed the full announcement trailer for Shadow of the Tomb Raider, the final game in the origin story trilogy for Lara Croft. Oddly, though, Lara’s face in the CG trailer seems to look awfully similar to Chloe from Life Is Strange. I don’t know if it was deliberate or just happenstance, but not everyone is pleased with the results.

It’s pretty silly to think that it requires three full games just to tell how a character becomes a raider of tombs, but in today’s ridiculous corporate-controlled environment, Square and Crystal Dynamics are milking the ever-loving crap out of the Tomb Raider franchise.

The latest trailer continues the trend of trying to create a moral dilemma between Lara being an adventurer and cold blooded killer. If you weren’t a fan of the last two games featuring a bipolar Lara Croft, the impression they’re giving in the latest trailer probably won’t win you over much at all. You can check it out below courtesy of Odin’s Gaming.

The trailer starts with two juxtaposing events. In one scene we see a shaman prepping to sacrifice a young boy on a Mayan altar. In another sequence we see Lara trekking through the jungle, hunting and killing a group of heavily armed, full-armored, face-paint wearing mercenaries – using nothing more than a pickaxe, a knife and her dainty, wooden bow.

The trailer also doesn’t hesitate to showcase some sequences of Lara ripping off of other action heroes in her killer antics. For instance, the iconic moment where Rambo wears mud and emerges from a tree to stab a guy in the back is imitated in the CG trailer, with Lara emerging from the shadows, also wearing mud all over her body, and stabbing a dude in the back.

After killing all the mercs we see her scaling a cliff, struggling through an underwater current, and eventually scaling her way to the top of the pyramid where she stabs the shaman in the side and then narrates about what she has become. The trailer ends with Lara overlooking a bunch of people who were waiting and wanting to see the young boy get sacrificed.

The existential factor in this Tomb Raider trilogy is pretty cringe-worthy. Even without Rhianna Pratchett it appears Crystal Dynamics wants to keep the topic of Lara’s crisis over being a killer fresh in the minds of gamers, despite the fact that it was always the weakest aspect of the story and character development in the last two games.

Also, what the heck happened to Lara’s face?

Hopefully this is just some weird CG modeling going on, and hopefully her in-game model retains the kind of similitude from Rise of the Tomb Raider. It’s hard to tell right now because the only screenshots available from the game are all over-the-shoulder and behind-the-back shots, which you can check out below. 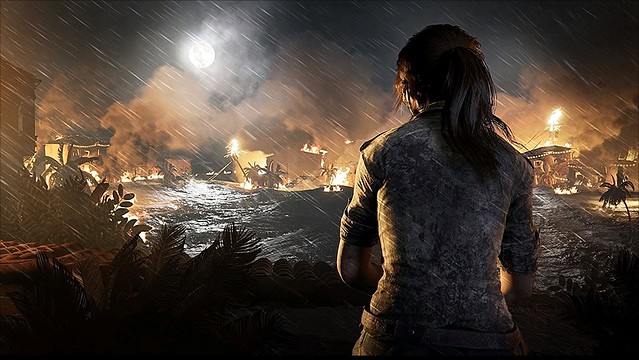 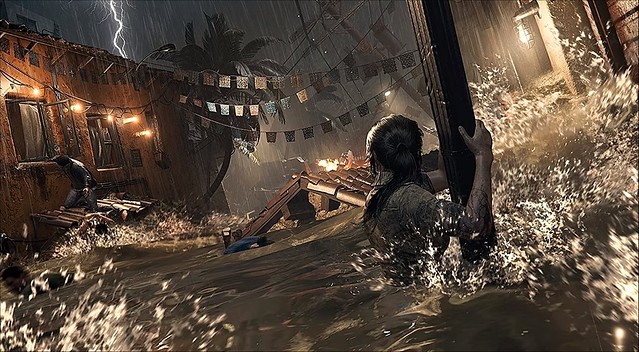 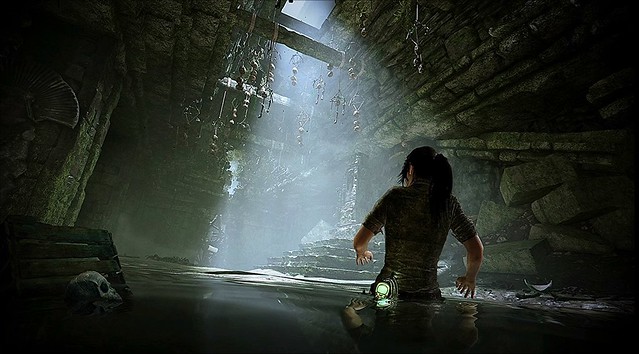 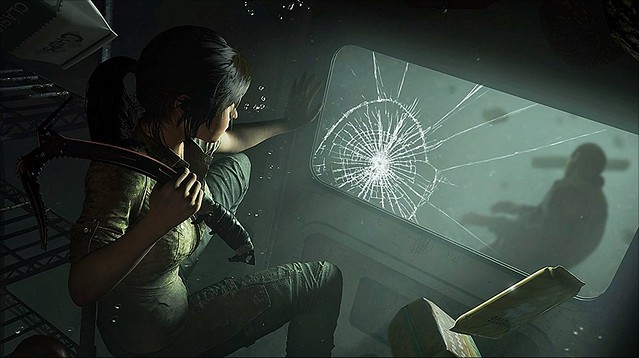 Then again, Crystal Dynamics and Eidos Montreal may have gone full blow Social Justice Warrior and purposefully distorted her face in order to make males less attracted to her, which is a common tactic by SJW artists.

Anyway, you can look for Shadow of the Tomb Raider to launch on September 14th, 2018 for PC, PS4 and Xbox One.