If you’ve been waiting patiently for Define Human Studios’ Islands of Nyne to launch will finally be able to get into the game and play-test it for yourself starting July 12th, when the game enters into Early Access on Steam.

The developers also had a showing at this year’s E3 to showcase some of the updated gameplay footage that will be present when Islands of Nyne enters into Early Access. You can check out the trailer for the Hunger Games clone below.

I have to admit that the trailer that the marketing team put together for Islands of Nyne is sharp… real sharp. It manages to explore many of the game’s features without droning on and on about telling gamers what those features are.

The trailer previews some of the areas you’ll be exploring across the rather expansive map, which includes plenty of biomes within its play-area, such as a muddy swamp imitating a southern bayou, complete with erected wooden causeways and matching shacks that players will be able to use to hide from foes or launch sneak attacks from.

We get to see some of the large and expansive mountain areas with forested patches scattered about, giving snipers plenty of room from which to exercise their long-range hunting skills.

The game’s sci-fi markings also get some standout promotional love in the trailer, where we see some of the weapons scattered about supply areas and futuristic walkways and bridges, which don’t look like they would work well for providing players with cover but make for excellent spots for live-streaming and filming given how open they are and how easy it is to see and capture the action. 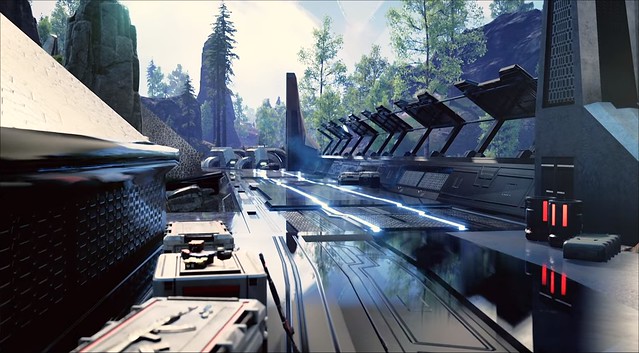 As for the actual gameplay, the action is all about fast-paced first-person shooting combat. The trailer depicts Islands of Nyne as a mix of Crysis meets Hunger Games.

While the Battle Royale market is surely saturated about now, Define Human Studios is hoping to separate themselves with a more futuristic take on the genre. Many of the weapons, however, are still based on modern military arms, such as shotguns, sub-machine guns, and bolt-action sniper rifles.

Much like PlayerUnknown’s Battlegrounds or Fortnite, the game features an ever-shrinking battlefield where an electric grid closes in on a spot slowly, forcing players to move around the play area until all 99 other players are dead and only one remains. 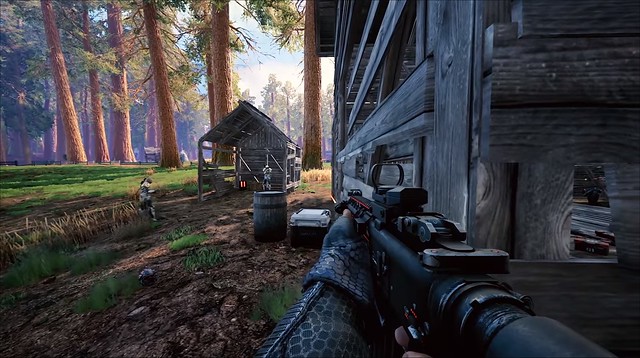 Given that the game acknowledges that everything is taking place in a virtual battlefield, it allowed Define Human Studios to experiment with the way matches play out, enabling for dynamic staging and pacing. We also see a mixture of elements from past, present and their idea of the future sprinkled throughout an architecturally diverse topography of landscapes and structures.

Islands of Nyne will also feature a full ELO ranking system, recoil patterns for the weapons, the ability to host your own dedicated custom servers, and full character customization.

According to the FAQ, Islands of Nyne will be in Early Access for an entire year, where they’ll add more stable servers, two additional maps, death cam replays, and additional polish and balance tweaks.

You can learn more about Islands of Nyne by visiting the Steam store page. If you liked the music in the trailer it’s by Phuture Doom.