Nintendo dropped a ton of news about Pokemon: Let’s Go Pikachu and POkemon: Let’s Go Eevee during the Nintendo Treehouse Live event at E3. The near 50 minute demonstration covered almost all of the important aspects of the game, from the single-player to the multiplayer, to the connectivity with Pokemon Go, to the all new Pokeball Plus accessory that connects both games together.

They start by explaining some of the basics of the game: Yes, it’s a full Pokemon adventure, you get to travel around all the classic locations from the original Pokemon games on the Gameboy and visit them for the first time in 3D on the Nintendo Switch, both in portable play or via TV mode.

You’ll use the Joy-Con to direct the ball at the Pokemon, and depending on how you throw the ball or from what direction will determine the success rate. You can also use items to help raise the success rate of capture.

You’ll be able to level up all of the Pokemon in your party just by capturing wild Pokemon or battling other Pokemon trainers. 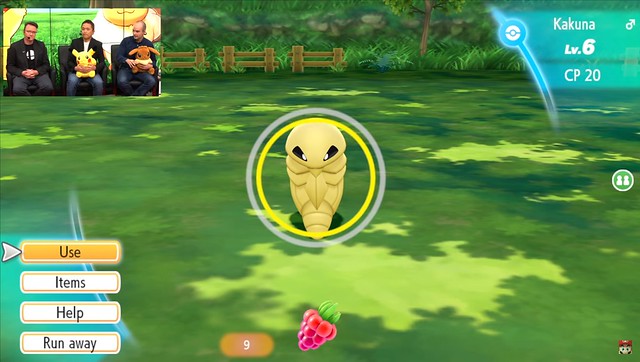 You can also have the Pokemon follow you around on the world map, in addition to having the partner Pokemon sit on top of your trainer as you move about. Additionally, you’ll be able to travel throughout the game world by riding on select Pokemon.

Trainer battles are also designed like the ones from the original battles from the portable devices. They’re turn-based battles where you bring your Pokemon into the battles and select their moves, or items, and duke it out against other NPC trainers or other real life human players. 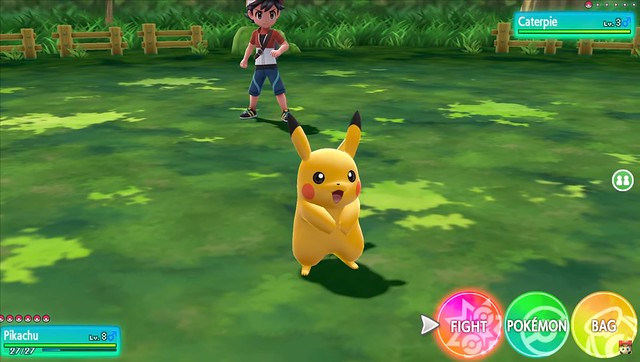 What’s more is that the game also features traditional local area network link play, where the multiplayer also allows you to connect to people within the vicinity, or you can use the internet connectivity for multiplayer battles. The game uses a link code to connect through matchmaking, and you can then battle or trade Pokemon with other players.

The multiplayer also extends beyond the online play and into local play as well. A second player can use the second Joy-Con to join in on local multiplayer co-op. The two-player mode can be initiated by having someone shake the second Joy-Con. Two-players can also work together to capture wild Pokemon or to engage in trainer battles, where two Pokemon are on the screen battling against other trainers. 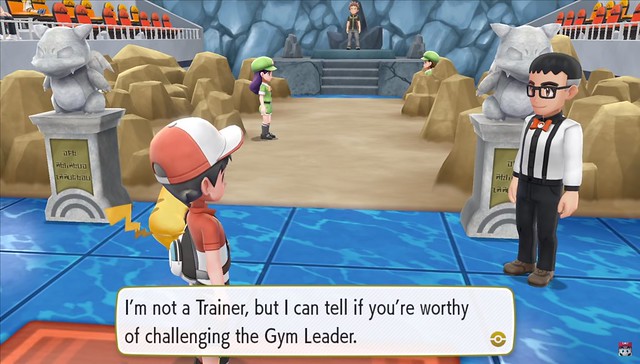 Gym battles are still present, along with the various cities, in addition to adding new events to the game for players to engage in.

Another big feature is that the games also work with the Pokeball Plus, which has a Pokemon “inside” and it can be transferred into the game to retrieve bonuses. You can also transfer Pokemon into the Pokeball Plus and when you travel with it the Pokemon inside collects items that you can then retrieve later on in Pokemon: Let’s Go Pikachu or Pokemon: Let’s Go Eevee.

You can also connect the Pokeball Plus to your smartphone and it allows you to connect it to Pokemon Go so that it becomes Pokemon Go Plus. 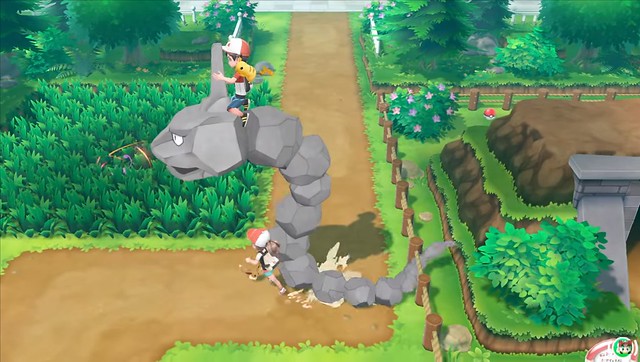