EastAsiaSoft, DeerFarm, Nephilim Game Studios and Digeratiy Distribution announced that Shikhondo: Soul Eater is currently available in Japan and Hong Kong for the PlayStation 4. The arcade shooter is scheduled to arrive for the Nintendo Switch during the fourth quarter of 2018.

South Korean developer, DeerFarm, designed the game so that it’s steeped in Asian mythology, covering ancient Japanese, Chinese and South Korean folklore. It combines a lot of the beautiful imagery from the art boom during the Joseon Dynasty era, with lots of influences drawn from the Japanese Muromachi period taken from the Kano school of painting. 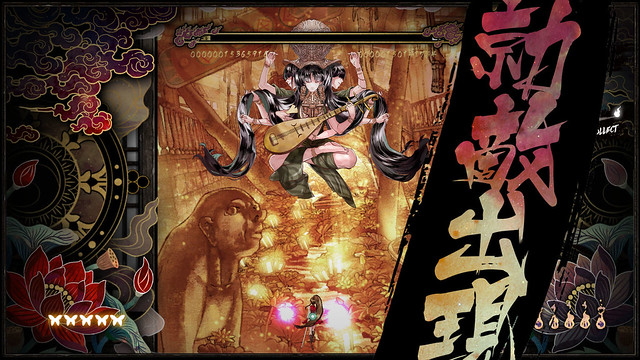 We get mixes of modern day elements in the character designs but with the kind of polychrome folding-paper aesthetic with splashes of gold canvassing the backgrounds that were common through Japan’s Momoyama and Edo periods stretching from the 16th century up through the 19th century. All of the art in the game is completely original, despite drawing lots of inspiration from many classical Japanese, Chinese, and Korean painters.

You can see how the classic influences of Asian history help round out the kind of visual motif that is consistently displayed throughout the levels in Shikhondo: Soul Eater by checking out the gameplay trailer below.

As for the story… it centers around a school girl with a special sword who takes on an army of yokai who have escaped from Limbo. The demons are spreading horror and plagues across the land, while stealing the souls of the forsaken in the process.

The game itself includes both a robust single-player campaign along with a full-on two-player cooperative mode so you and a buddy can team up and take down the yokai together. Each character has their own type of weapons and abilities to master across an Arcade mode, Hardcore mode, Boss Rush, and the local co-op.

You’ll have to face off against some of the beautifully bizarre creatures from Asian mythology, including some disturbingly artistic designs that are definitely very eye-catching. 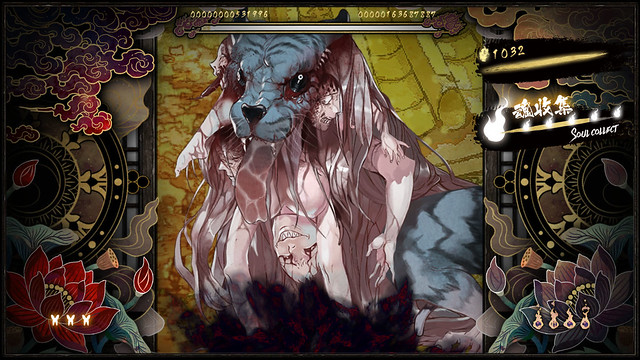 Shikhondo sports five different stages to complete and is currently available in Asia for $14.99. You can pick up a copy now from the PlayStation Store, while the Nintendo Switch version is set to arrive later in the year via the Nintendo eShop. For Switch owners you’ll be able to purchase it by simply switching your regional location to Japan and then purchasing a copy from Nintendo’s digital storefront.

Additionally there’s a limited retail edition that’s available, which comes in a specially marked box, along with the game’s original soundtrack. You can learn more about the limited edition by visiting the EastAsiaSoft Facebook page.