Star Citizen Enemy NPCs Will Be Accompanied By New Heavy Weapons In Alpha 3.2

In the latest edition of the Around The Verse episode for Star Citizen, the developers cover a number of different topics but primarily focus on the weapons used in the game.

The 23 minute video centers on the weapons set to appear in alpha 3.2.0. You can check out the video below.

The planetary ore deposits are being coded into the planet so that there are different areas spread across the planet for players to explore and mine.

Enemy AI navigation and pathfinding are being improved for the persistent universe, which will add a selection of new missions for players to complete against both AI NPCs that fly in ships and AI NPCs that are located on derelicts and space stations that will fight players on foot.

The team have also updated the scramble races for implementation, which will center around random races that will be present for those who wanted something beyond smuggling, cargo shipments, and dogfights. 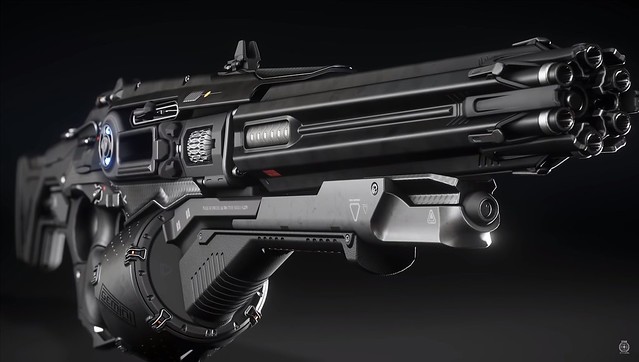 The next section of the video covers the Gemini F55 LMG, which is a very sleek looking weapon that has a beastly design.

There’s a liquid cooling oscillator on the side, while a spinning multi-barrel sits on front, with the ammo drum sitting underneath.

The weapon has a mean recoil on it, but is designed for a lot of close-quarters combat scenarios. 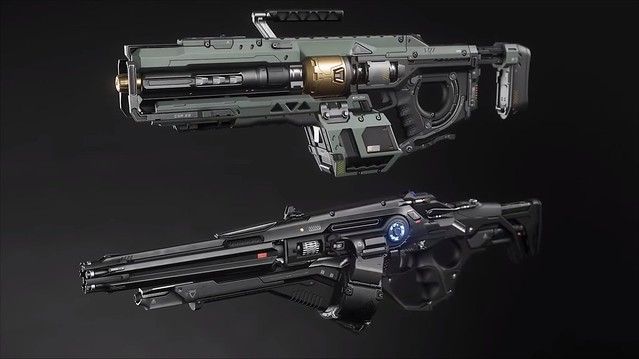 The Demeco Gallant is another weapon that gets featured in the video, which is an energy weapon. It’s designed for mid-to-long range combat that will be available in 3.2.0.

Alpha 3.2.0 will be entering into Evocati soon, where the ultra fanboys will be able to play-test the early outing for the next alpha iteration of Star Citizen. For more info on the development of Star Citizen you can hit up the game’s official website.