Funcom has been around since 1993, and their only real major hit in the last two generations was Age of Conan: Hyborian Adventures. That game sold 1.4 million copies over the course of three years after launching in 2008.

Conan Exiles has managed to sell 1.4 million units from the time it entered Early Access in January, 2017 to the time of its major launch in May of 2018 across PC, PS4 and Xbox One.

Nearly half of those sales belong to PC, according to Steam Spy.

As part of the celebration of hitting the milestone, Funcom announced that a new DLC expansion pack is inbound for Conan Exiles called Jewel of the West.

The upcoming DLC will launch next month in August, featuring all new Aquilonia-themed buildings, weapons, armor and furniture.

The paid DLC will bring all new building pieces with it so you can construct new towns, cities, and structures, along with the ability to make coliseums and arenas. 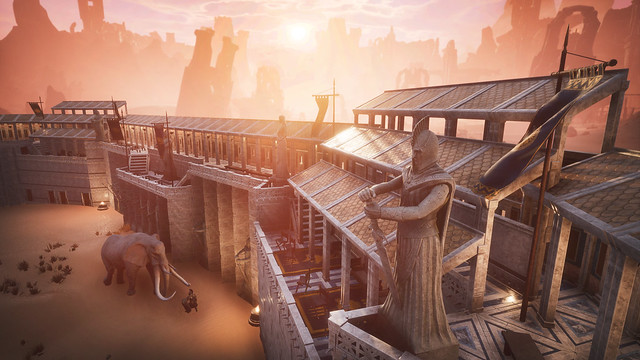 Creative director Joel Bylos also revealed that in an upcoming update pets will be added to the game, saying…

“In addition to the Jewel of the West, the team is also hard at work putting together one of our biggest free updates yet,”

“Launching later this quarter, this update will introduce pets and taming to Conan Exiles, allowing players to find and tame anything from camels to panthers and even spiders and then use them to guard their base, carry resources, and more. This update will be free to all players on all platforms.”

Details on the upcoming DLC can be viewed over on the official website.

Conan Exiles is currently available for PC, PS4 and Xbox One. The game will also launch on the PS4 on August 23rd in Japan both at retail and via digital distribution in partnership with Spike Chunsoft.