The game is a combination of point-and-click adventuring and classic role-playing. It fuses the two together for a less traditional setup than what fans of both genres might be used to. There’s item management, quests to solve, and lots of NPCs to interact with through an isometric perspective, but the game also nestles into a character-focused tale that Valiant describes as “Tolkien meets The Great Gatsby”.

There’s a gameplay trailer that gives you a look at how the game is played and what some of the environments are like.

The game will have seven episodes themed around a black female dwarf named Brialynne Donu Tenum, who comes out of retirement to recover a stolen artifact. She’ll have to progress through the 1920s-themed town and unlock new areas in order to reach her destination, which usually requires helping other NPCs and exploring every nook and cranny of the town for clues and items.

As depicted in the trailer, the game is pushing more of the diversity agenda. The studio also doesn’t hide the fact that the game is centered heavily around social justice issues. There’s very obvious allusions to racial segregation and discrimination, even depicted quite heavily in the trailer itself.

This is one of those games that goes heavy on the whole diversity agenda, so much so that it even distracts (and detracts) from the unique 1920s setting. 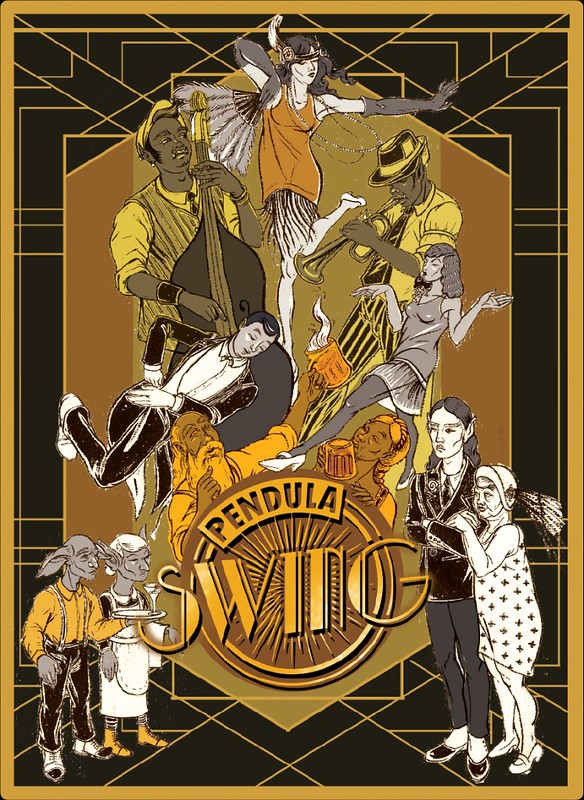 If you rewatch the trailer and pause on the dialogue, you’ll notice that almost every other conversation has something to do with social justice or identity politics.

The world itself seems to be a backdrop for the developers to espouse their sociopolitical agenda. One has to wonder if this sort of heavy-handed approach to carrying out the will of the Intersectional Inquisition will do anything more than galvanize the opposition?

It just seems like the sort of game that preaches to the choir while repelling anyone who is already tired of every single ounce of media being canvassed in in the Left’s social justice politics.

Anyway, you can look for Pendula Swing to launch mid-August. You can learn more about the game by visiting the official website.