It’s just a couple of short weeks since I began my Jurassic World: Evolution review, which a whole paragraph of pissing and moaning about how few real time strategy and management simulations there are on console. Now, I’m putting keyboard to HTML on my second Xbox strategy game in a row, without so much as a generic action shooter in-between.

This time, I’m heading back to the well trodden battlefields of World War II in a Sudden Strike 4. This squad based tactical strategy game has been out on PC and PS4 for about a year now, but the European Battlefields Edition that I’m reviewing here contains not one, but two expansion packs, which makes it a very comprehensive effort.

The game features over thirty campaign missions in total, as well as a legitimately interesting multiplayer mode that works well because of Sudden Strike’s focus on tactics rather than resource gathering and unit production. As a solo proposition, the game is split into Allied, Axis and Soviet campaigns, which certainly offers the opportunity to experience the war in all of the European theatres and to a lesser extent, North Africa. The skirmish mode offers near unlimited replay value, with a lot of configurable unit and map options. 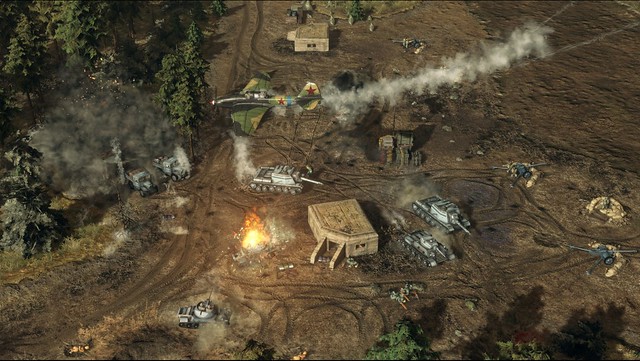 Of course, having loads of content isn’t worth much when the game play isn’t up to much. Sudden Strike 4 is by no means perfect, with the main causes of dissatisfaction being the kind of production issues that mid budget games often suffer from. In this case, the game has a few pacing and difficulty level issues that can be overlooked, but it also has the classic problem of wanting to deliver an immersive experience with full voice acting, but without the full cast needed to deliver it.

Specifically, the German and Soviet voice acting is just bonkers. The in-game speech when an order is given is fairly repetitive, but it is at least localized based on the army you’re currently controlling. The campaign voiceover, however, is delivered entirely in a broad American accent that reduces the thematic quality of the game considerably. Perhaps we’re just used to various forms of media delivering non-English speaking parts in English but with a silly, often offensive accent, but I think even that would have been better than having a Texan drawl over phrases like “yes, Herr Kommandant.” Ideally, I’d prefer actual German with English subtitles.

On the pacing side of things, there is a lot that Sudden Strike 4 gets right. For starters, most of the missions are well aligned to real life battles, with an appropriate in game representation. The game uses its broad range of units across all three factions to deliver a relatively varied set of missions, including everything from small skirmishes to very large battles. Via the bundled expansions, the game visits locations as well trodden as Normandy, as well as lesser known conflicts, specifically including the defence of Finland against the Soviet Union. Most missions have several objectives and pan out over about an hour on average, but there is also a star rating and a number of ways to earn medals, which will keep completionists interested.

On the down side, whilst there are several difficulty levels to choose from, the level of challenge is patchy throughout on the normal difficulty. Some early missions are quite hard considering that the tutorial is fairly brief, but they do at least stand the player in good stead for the even more oppressive difficulty spikes that come later. Those can appear at any point and in any campaign, although in general each of the separate sets of missions gets harder as it goes along. What that results in is a feeling of going back to the drawing board with each campaign start, but its a feeling that doesn’t last for long.

Probably the most annoying things about Sudden Strike 4 happen at a micro level. For example, supply trucks won’t automatically resupply fuel and ammo, which means the player must do it manually. It’s hugely annoying to have to click on each unit twice to refuel and then resupply, which can feel like it takes an absolute age. There are some fiddly controls in the game as well, but overall playing Sudden Strike 4 on a console game pad is fairly straightforward. A really good squad grouping system is in place and the buttons and triggers are used in a sensible way. 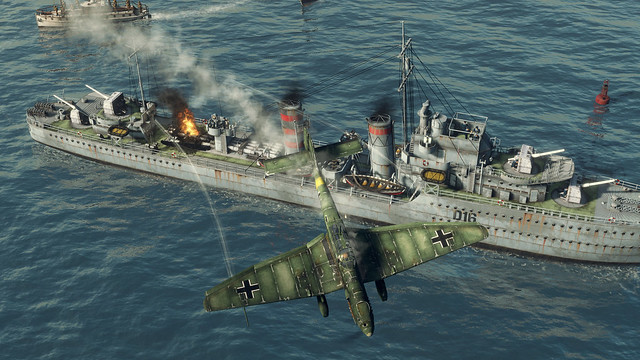 Aside from the weird voice acting, Sudden Strike 4 looks and sounds very good, overall. The camera restricts the ability for players to pan and zoom completely, but the attention to detail that is applied to vehicles and maps from the basic, static view verges on the incredible. There are crops in fields, detailed wooded areas, roads and villages, all of which look fantastic. Units look realistic and detailed, whilst explosions, smoke and other effects all look exceptional. None of the maps feel like a copy and paste job either visually or otherwise, which helps with variety over so many missions.

Real time strategy remains fairly rare on consoles, but Sudden Strike 4 is good enough to be close to the top of the tree even if there were more to choose from. As it stands, it’s a massive, good looking, tricky and tactical strategy game that has only minor or cosmetic things wrong with it. The core experience is exciting, challenging and varied, with high replay value and good multiplayer. If you’re after a console RTS, then I recommend you: