A new trailer was released for Weappy Studio’s dramatic police management game, This Is The Police 2. The trailer scrolls through a number of different scenarios that players may have to deal with when the game releases for PC on August 2nd, followed by a release on PS4, Xbox One and Nintendo Switch later in the fall.

Players take on the role of the new police sheriff in the town, Sheriff Reed. It’s up to players to deal with the small happenings, and the big showdowns that take place in the northern town of Sharpwood.

While it might seem like an idyllic living space in the great rural areas canvassed in snow and occupied by a small population, there’s an underbelly of corruption that runs rich through the veins of the city streets. Smuggling and drug traffic is a big problem for Sharpwood, which works as a conduit for criminals.

Players will have to manage both the small time affairs, and the larger elements of corruption as the new sheriff.

The clips scroll through a number of comic-like scenarios showing the police in sometimes questionable situations. Obviously context matters, and the sequences are all without context, leaving you to wonder what exactly is going on.

Players will have the choice on how they deal with crime in the city, how they manage an under-budgeted police force, and what lengths they’re willing to go to in order to stay afloat. 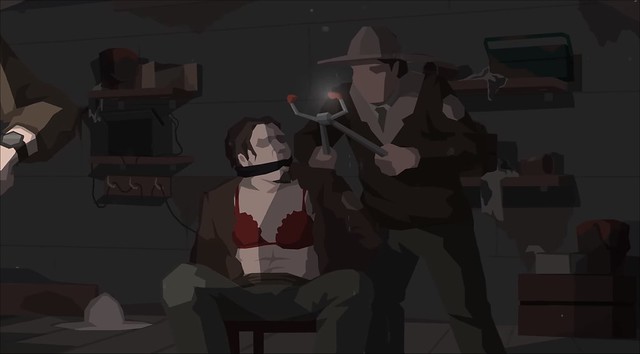 The game will also have players deal with cover-ups, police brutality, local criminals, and the over-arching theme of whatever secrets Sharpwood holds. You’ll be able to choose how the local department deals with all of these things and take on the media backlash if you choose to ignore them.

You can look for This Is The Police 2 to launch on PC starting August 2nd, and for the PS4, Xbox One, and Nintendo Switch later on in the fall. For more info you can check out the Steam store page.