A Hired Drifter, a Delusional Cabbie and a German Lawyer Walk Into Mnemon City

Those are marketing terms you’d typically associate with the game, but developer Milad Ghafarian quickly simplifies by stating that if your interests fall anywhere within the domains of John Wick, Drive, Hotline Miami, Super Meat Boy or Yakuza, you’ll feel right at home with Delusional.

Judging from the quick cuts between 3D animated sequences and 2D combat at least, it might well seem that Delusional’s keen on doing those inspirations justice. And much like those inspirations too, the game has you playing 80’s-inspired hitman.

Mnemon City’s Purple Monkey crime family witnesses the daughter of its Boss brutally murdered, and all suspicion points to one of the other nine families in town. Whereupon our hired drifter is quickly saddled into the cab of a very eccentric taxi driver, together setting out to rattle Mnemon’s underworld in search of the killer.

31-year old Ghafarian was kind enough to preview Delusional’s forthcoming October Kickstarter and from what I’ve inferred so far, if it’s difficult for you to grasp how the game will play, that’s because this is all still very rough in concept.

Yet the German assures me that it will be a mix of Super Meat Boy and Guacamelee!, fluent in jumps/moves with sufficient force of impact, demanding in dexterity as combos are emphasized and often accompanied by fanciful weapons. 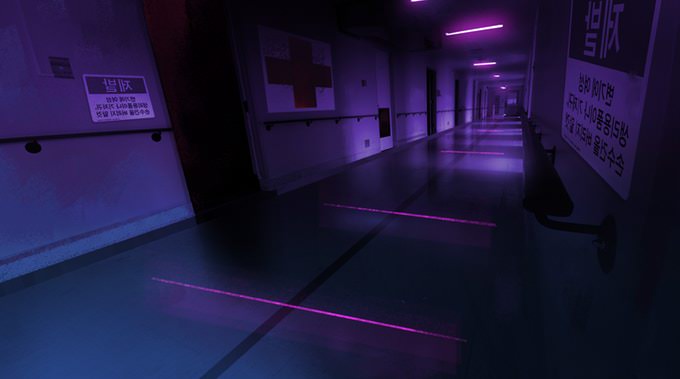 These will be interrupted by environment traps and obstacles of which the teaser above is quite a brutal preview, while the entire atmosphere is to be driven by an authentic original score. But here’s the catch.

Ghafarian, a lawyer by profession and gamer by passion has never made a game in his life. In fact he’s solely the author/director here as he tasks an assortment of freelancers to handle all aspects of code and design.

That’s understating his role of course, considering the frustrations he’s incurred along the way, but he’s hoping the Kickstarter will help fund both vision and staff. Interact/follow with him, here.